Future Cop L.A.P.D. is a third person shooter from EA released on the Playstation on August 31st 1998, and released later that year on the PC and Mac.

Future Cop LAPD is a third person action adventure game released for the Playstation, PC and Mac, in which players control X-1 Alpha, the LAPDs latest weapon in the war against crime. While it is mainly a game about shooting big guns in the name of the law, Future Cop also plays host to several platform and puzzle sections which help to break up the action.

Originally conceived as Future Strike, a new addition to the popular Strike franchise, the concept was later changed to that of futuristic cops and robbers, but with heavy artillery. A teaser trailer for Future Strike can be found in the game Nuclear Strike after the final cutscene.

In the game, players take control of X-1 Alpha, a heavily armed vehicle capable of changing from a bi-pedal mech to a high-speed hovercraft at will. In Mech mode, players can move with ease over most terrain and jump over obstacles. This mode is also the easiest to control and is thus recommended for use in the platform sections. By contrast, in Hovercraft mode, X-1 Alpha is fast, nimble and can travel at speed over water. However all this speed comes at a price, with no traction it takes a second or two to come to a complete stop. Also steeply sloped terrain is almost completely impassable in hovercraft mode.

To help with the fight against crime, the X-1 Alpha can be fitted with a selection of weapons divided into three groups: Guns, Heavy Weapons and Special Weapons. Spread throughout the levels are power-ups that repair you vehicle, replenish ammo for a weapon class or make a class of weapon more powerful. Weapon power-ups add an additional ammo supply of special ammo for a specific weapon, they are not time based.

Guns are your basic weapons and therefore carry the most ammo. Compared to the other weapon classes, however, they are also far weaker per shot.

Heavy weapons are your go to weapons when the enemy start rolling out the armour.

Special weapons are very powerful specialised weapons. They are usually used in an offensive or defensive role depending on the weapon.

In Crime War players take on eight missions in an attempt to rid Los Angeles of its most dangerous criminal elements. These include a rogue supercomputer, a gang of subterranean mutants and a group bent of arming an observatory. Over the course of the campaign players will travel to future versions of famous LA landmarks including Griffith Park and the La Brea Tar Pits. This mode is also interspersed with short cutscenes that are often humorous in nature, including X-1 Alpha making its own mark on the Hollywood walk of fame. This mode allows players to team up with a friend for split screen co-op over all the campaign missions. During the certain missions players will come across power-ups that unlock one of the three secret weapons.

Two-player co-op adds a spin to Crime War. In co-op both players share a single health bar. When one player is hurt the other is hurt. This adds a good tactical edge to the gameplay.

Precinct Assault is the competitive mode of Future Cop LAPD. This mode plays very differently from Crime War. Players are given a choice of one of four themed maps plus one secret map which is unlocked on single player mode. Players start each round in a heavily defended base. Each base contains consoles that allow you to produce hovertanks to attack the enemy base and jet choppers to defend their base. Throughout the levels are neutral turrets which can be captured to help defend your territory and neutral outposts which can act as a forward base. In order to produce vehicles and capture neutral outposts players must accumulate points by capturing neutral turrets and destroying enemy vehicles and turrets. With enough points players can also produce a single heavy hovertank, called a Dreadnought, and a single heavy jet, called a Flying Fortress. To win a player must get one of their hovertanks or their Dreadnought into the enemy base.

Two-player mode is simply one player against another in split screen competition.

Single-player pits players against Sky Captain, an AI controlled jet fighter that gets progressively more difficult over the course of ten rounds on each of the four maps. Sky Captain regularly spoke directly to the player, often admonishing them for poor performance or insulting them based on their success. Sky Captain himself could also be destroyed but he would shortly respawn and resume his attempt to destroy your base.

If players can successfully defeat Sky Captain on all four maps, they will unlock a special map called Bug Hunt, in which the various vehicles and turrets are replaced by insects and flowers. 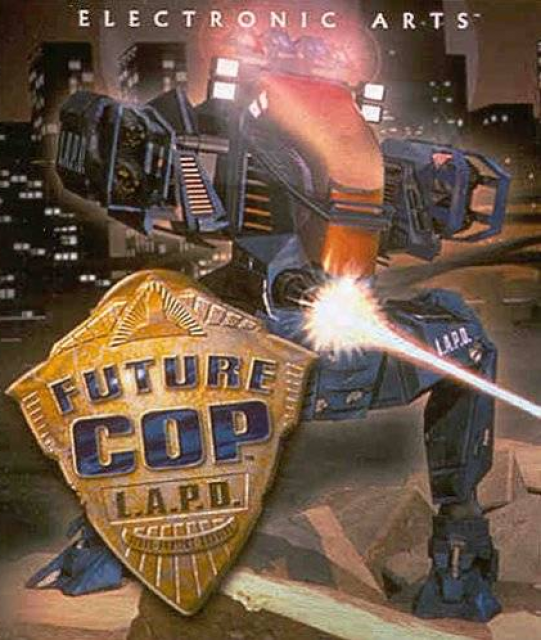