A sci-fi variant on Breakout that introduces power-ups and enemies to the format. It was originally developed by Taito for the Arcade and published on a multitude of home systems.

In this game, the player controls a paddle-like shuttle at the bottom of the screen called the Vaus. The Vaus is used to launch a ball at the bricks above and they explode upon contact with this ball. The goal is to clear all the breakable blocks on screen and then proceed to the next level.

Some blocks drop power ups when exploded. Examples of these power ups include slowing down the ball, multiplying the ball by three, giving the Vaus lasers which can be used to break blocks, causing the ball to stick to Vaus allowing the player to strategically re-launch it elsewhere and making Vaus larger.

Arkanoid was eventually followed by a sequel, Arkanoid: Revenge of DOH, as well as spawning numerous imitations and reboots.

The music on the Commodore 64 version of the game, composed by Martin Galway, is the first published game tune on the platform to include sampled sounds (used for the drums).

Galway took the piece that he had created the previous year for the Sinclair Spectrum game Cobra and adapted it for use on the C64. 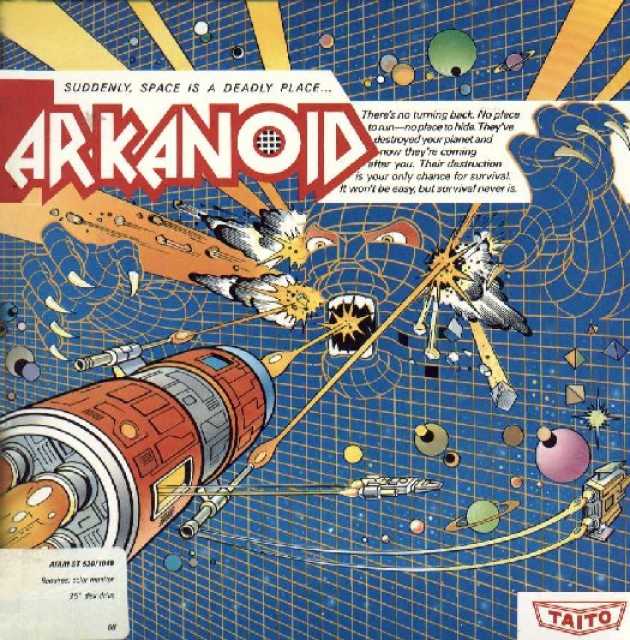