Rhyme Rider Kerorican stars Kerorican, a female astronaut whose only goal is to dodge, kick, or jump through various obstacles throughout the course of four levels.

The game stars Kerorican, the titular female astronaut of the game. She walks along to techno music. The player must guide her as she encounters enemies and obstacles (jumping, kicking, or dodging these to the music). As she does so, more notes are added to the song. The more obstacles that Kerorican clears, the higher her combo meter goes. If this combo meter goes high enough, she can skip over certain obstacles (by flying over them). This happens more when there are harder button combos. The game is four levels long, for which it was criticized. 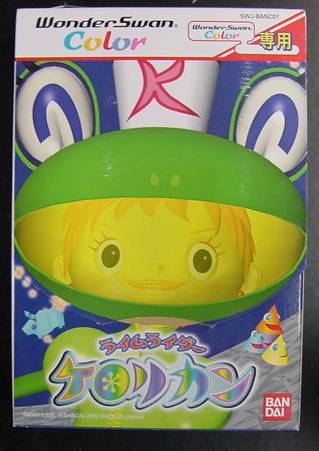