Battle Chess brings each piece to life by adding comical animations to them.

Battle Chess has been quoted as “a chess game for people who don’t like chess”. Each piece is brought to life by adding comical animations to them, moving across the board and violently attacking one another.

Depending what piece attacks which, different attack comes into play. For example: if the player takes a knight with a knight he will cut his enemy limb from limb until all that is left is a bloody mess; however, if the player's knight gets close enough to take the queen he will cleverly dodge her incoming attacks and deflect her magic back upon her. 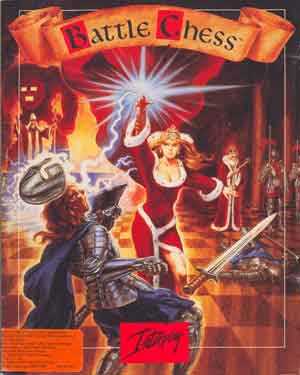