A wrestling game where you can make your own wrestler and play his career, from start to finish.

Federation Online.
The small-time newcomer that thrives on controversy, Federation Online matches are usually hardcore based. For example, Explosion matches.
All American Wrestling.

The Western giant, full of the biggest stars that are earning the highest wages.
United Kingdom Of Wrestling.
A low-key British outfit that shuns the limelight to focus on non-nonsense wrestling.
Rising Sun Puroresu.
The well-respected Japanese promotion that boasts the most talented wrestlers in the world.
Maple Leaf Grappling.
A shoot-fighting organization that favours one-on-one bouts to the KO.
Super Lucha Libre.
The energetic Mexican outfit that features colourful high-flyers.
Wrestling School.
Where all the unemployed wrestlers are till they join one of the six organizations, you also start your career here.

Deceased.
Where all the dead characters are. 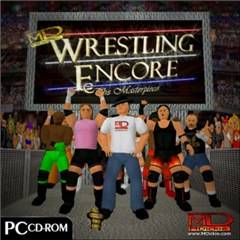