Calling All Mixels is an action tower defense game for mobile devices.

Calling All Mixels was a mobile app developed to coincide with the Mixels franchise. It was released on March 4, 2014 for iOS and on April 2, 2014 for Android. The game was removed from all app stores in May 2018.

Calling All Mixels has a simple style of gameplay. The Mixels you choose to play as will follow where you place your finger onscreen. Up to three Mixels can be chosen. At any time, the player can choose to combine two Mixels into a Mix, however, only certain Mixels can Mix. The player will often run into Nixels, where the Mixels will engage in combat. You can use basic attacks by tapping on the Nixels or use special attacks by tapping on a button. In addition to various missions, there are various tower defense levels, where you must set up defense towers and protect a stronghold from Nixels. 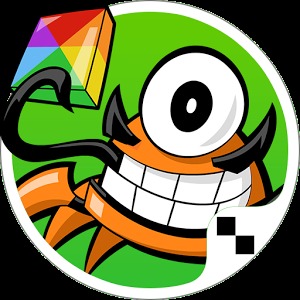