WWE SmackDown! vs. RAW 2007 was originally planned to also be released on the PlayStation 3 platform, but was ultimately cancelled before release.

Another new feature brought to Smackdown Vs. Raw 2007 is the fact that a characters move set changes depending on the weight class assigned to them. Also new to Smackdown vs Raw 2007 are environmental grapples. These environment hot spots allow the player to perform moves in a quick time event style control scheme that uses a specific place or item.

In Smackdown Vs. Raw 2007 a player can target individual body parts. There is a graphic on the top of the screen that shows a silhouette of a wrestler for each player. As damage on a specific body part increases it will change color on the silhouette.

Exhibition mode is the customizable, one match mode. Exhibition mode does not affect the players other modes and can be tweaked to choose the match type, modifiers, characters, arena, and can be played by two human players.

In season mode the player chooses a character and will play through a season. Throughout the season players will be involved in story lines which will change slightly depending on how the player performs in the matches.

In Pay Per View mode the player creates a pay per view show. The player chooses the matches on the card, what kind of matches, and arena the event takes place in.

The locker room is mainly used throughout a season mode, but can be used at other times. The locker room is where the player can go to do thing such as: adjust wrestler attributes, visit the WWE Shop, check the trophy/belt case, and view the challenges.

Online mode is where the player would go to play Smackdown Vs. Raw 2007 online. The online mode is much like exhibition mode in single player, but instead it is against other human opponents over the internet. In order to play the online mode on the PS2 version of the game the online adapter must be attached.

The amount of memory it takes to install this game is 6.5 GB. 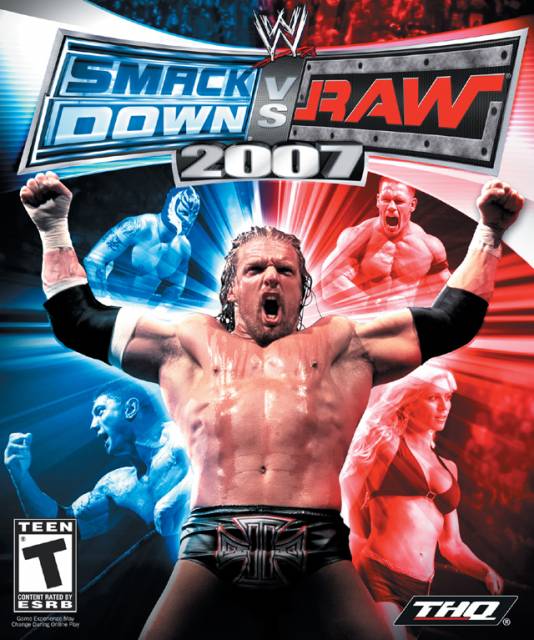