A vehicular combat game for the NES. It was originally called Battle Formula in Japan, but Sunsoft purchased the license to Spy Hunter and was able to market the game as a sequel to the Spy Hunter game.

Super Spy Hunter, or Battle Formula, is a vertical-scrolling vehicular combat game that plays similarly to Spy Hunter. The player is driving a morphing combat vehicle capable of numerous weapon loadouts, acquired by destroying trucks carrying power-ups. These power-ups increase the firepower of the player's car, as well as extending their life bar and other bonuses.

The game has an unusual cheat built in: If the player configures the cursor on the continue menu (found after losing all their lives), they can play a fast-paced game of Pong against a CPU opponent. If they win, they resume the game with 20 lives instead of the usual five. If they lose, they resume with zero extra lives.

For its US release, SunSoft acquired the Spy Hunter license and promoted the game as a Spy Hunter sequel, but the game wasn't initially affiliated with Spy Hunter in any way. The game is a collector's item in Japan, fetching high prices. 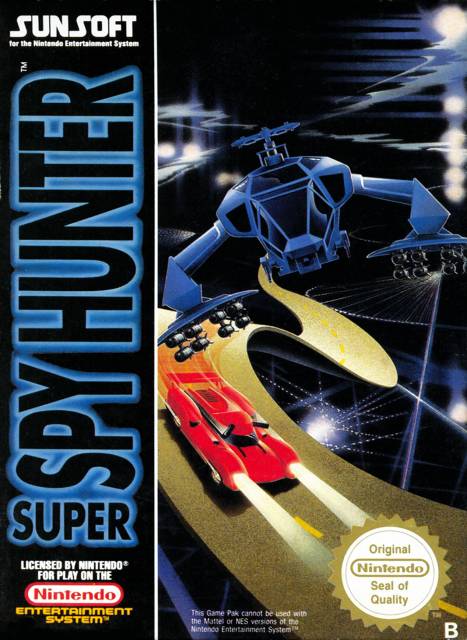