Urban Strike is the follow up to Jungle Strike and continues the story told in Jungle Strike. Players command a variety of aircraft and ground units in order to stop H.R. Malone, a politician and wealthy leader who plans on ascending to total domination using a superweapon.

Urban Strike follows the Strike series' tried and true isometric game play and mission structure which is virtually untouched from the previous two games. Game mechanics also remain the same as the copilot system and rearming process all continue. New to the series are three on-foot missions where players take control of the pilot and must go inside a structure armed with a machine gun and rocket launcher in order to rescue an important person or destroy the complex.

Following the defeat of Ibn Kilbaba and the supposed death of the Drug Lord, it would seem as the world is safe again from terrorism. But the rise of a new politician, H.R. Malone, gains the attention of the world and of STRIKE. Despite an undercover agent placed within Malone's organization, STRIKE does not know the plans Malone has for world domination. The informant is killed and again STRIKE calls in their top pilot to uncover the plot around this mysterious figure.

Intelligence gathered from Hawaii reveals that Malone is actually Carlos Ortega, the Drug Lord, who had undergone plastic surgery to cover up his disfigured face and used his connections to reassert himself on the world stage. STRIKE again targets Malone's strategic investments that include oil rigs, auto factories and even Alcatraz Island. The search for Malone ends in Las Vegas as he makes his last stand inside the holding cell for superweapon, a giant laser. Malone is picked up with a bomb vest on and dropped directly into the superweapon, ridding the world of another despot and another threat averted thanks to the efforts of STRIKE. 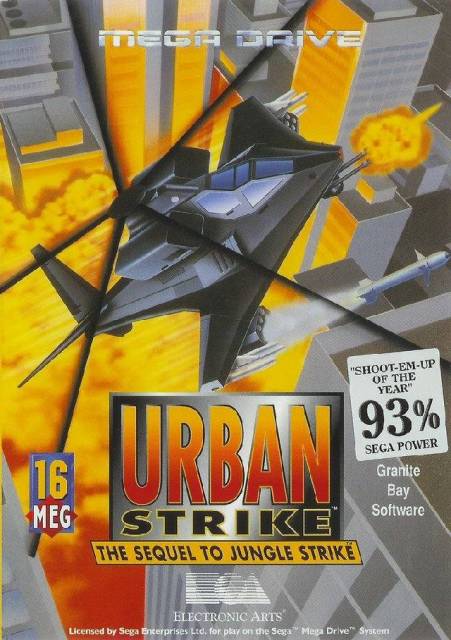