A sequel to the original Medal of Honor, following a French Resistance fighter during World War 2.
Game Boy Advance

Medal of Honor: Underground is a World War II first-person shooter released in October 2000 for the PlayStation, and is the first direct sequel to the original Medal of Honor. Both games were developed by DreamWorks Interactive.

The player controls Manon Batiste, a French woman who fights for the French Resistance against the Nazis. Manon's role as a resistance fighter leads to a greater focus on stealth gameplay: the player infiltrates enemy compounds, rescues prisoners of war, and sabotages Nazi weapons and equipment. Still, many firefights break out in between sneaking segments.

A Game Boy Advance version of the game, developed by Rebellion rather than DreamWorks, released in 2002 to poor reception. 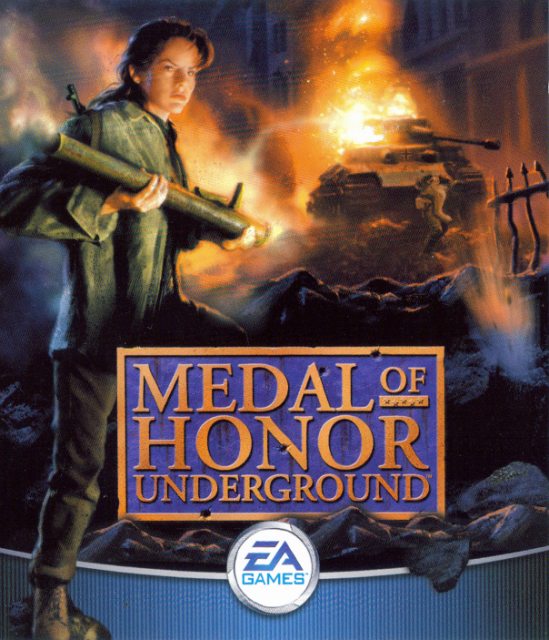