Released in Japan a year after the original's North American launch, Subsistence is an expanded release of Metal Gear Solid 3 containing the original game and a number of additional features. It was the first Metal Gear to map camera control to the right analog stick. It also included the series' first online multiplayer component via the release's second disc, Persistence, though it has since been taken off-line. The original release of the game also included ports of the original MSX versions of Metal Gear and Metal Gear 2: Solid Snake, marking the titles' first release outside of Japan. A number of other bonus features are present as well, including parodies of several cut-scenes found in the game.

It was also included in the Metal Gear Solid HD Collection. It runs at 1080p at 60fps, and features both Transfarring and trophy support. While it also lacks discs two and three, it does contain Metal Gear and Metal Gear 2. 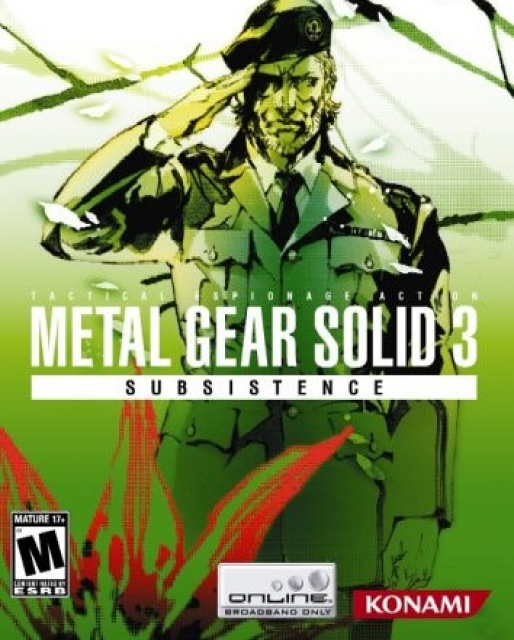