Paladin's Quest is a role-playing game for the SNES. Chezni, a boy attending magic school, activates an ancient machine on a dare and unknowingly releases a powerful evil being. His task is to defeat it before it can destroy the world.

Paladin's Quest is a traditional turn-based Japanese RPG from Copya System, originally released in Japan with the title Lennus: Kodai Kikai no Kioku ("Lennus: Memories of the Ancient Machine"). Paladin's Quest follows the typical Dragon Quest model of safe towns, random encounters on the overworld and in dungeons and a turn-based battle system in which characters take their turns one after the other.

Paladin's Quest does have a few quirks: healing items are limited to special, limited-use healing bottle items that need to be found rather than purchased. Though finite in number, they can be refilled in town as often as the player wishes. In addition, the player's party always includes two hired mercenaries with static equipment. They can be controlled in battle, but cannot be customized like the hero and his partner. Finally, the magic system runs off a character's HP rather than a separate MP stat, and the spells available to each character depend on which spirits they have equipped. Having several spirits equipped allows the user to cast stronger spells that combine them.

The game has a Japan-only sequel: Lennus II: Fuuin no Shito.

Electronic Gaming Monthly's gave the review scores of 8,8,6,5 and 6 out of ten. Mike Weigand wrote, "Yet another RPG from Enix! For fans of Soul Blazer, this borrows the perspective, but it isn't as interactive plus combat isn't as direct. Fans of these kins of RPG games will probably be more than satisfied". 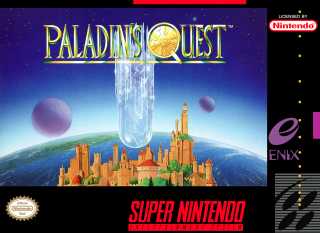