SOCOM II is the second game in Zipper's popular SOCOM franchise. It was one of the most popular online-multiplayer games for PS2 due to its solid gameplay and online mechanics.
PlayStation 2

SOCOM II is the second game in the SOCOM series developed by Zipper Interactive. It is a third person shooter with a military theme.

The player assumes the role of a Seal Team Leader. As well as engaging enemies, the player can issue orders to the other three members of the team. As well as being able to give basic orders, like whether to remain silent and where to run to, more complex orders can also be issued. For example, you can tell your team to provide over watch for a particular area, or you can tell them where to deploy grenades. Like the first SOCOM game, an optional headset was available with SOCOM II. This enabled the player to issue orders to their team via the headset, as the game was able to recognize speech. The headset could also be used to play the game online.

At the time it was released, SOCOM II, as with SOCOM, had a vibrant online community. The multiplayer proved popular, even on the Playstation 2 which required the "Network Adapter" to facilitate online multiplayer (at least until the PS2 Slim). Typically, one side of up to 8 players would take on another 8 player team. One side would take the role of the SEALs, whilst the others team would be terrorists. Modes included simply deathmatch games, hostage rescue missions and also bombing missions. Clans were also a very large part of the community.

One of the reasons for the game's popularity was its multiplayer level design. What's unique to this game is that every single map created, from design to release, with only a single game mode in mind.

Note: Abandoned, Bitter Jungle, Blizzard, Blood Lake, Crossroads, Death Trap, Desert Glory, Night Stalker, Rat's Nest, and the Ruins were all maps that were first featured in the original Socom. Some of them were modified or tweaked slightly for Socom II. The rest of the maps were brand new to the series.

Gamebattles Top 25 Clan Ladder (snapshot 08/12/04) Game (the gaming ladder that is now a part of MLG) was started as a place for Socom players to compete. Accomplished clans include [LiQ], [JaDe], and [:D]. Matches were usually a best of 3 or 5. Weapons that were usually outlawed include grenade launchers, RPG's/AT4's, and the IW-80 rifle.

-Aiming while prone next to a wall: In Socom 1, if you were prone next to a wall, you still had a completely free range of motion to aim and shoot at people. In Socom 2 you are pretty much just stuck there. There is something that helps tremendously however. If you are in the prone position next to a wall that is to your left, lean to the right (using the D-Pad) and now you can swivel almost 180 degrees and shoot away. Also if for some reason you're in your scope and can't look up, try leaning first.

-Blowing up mines w/o using grenades: You can successfully shoot at mines to blow them up. Just get far enough away that you won't kill your self, lean to the right (using the D-Pad) and fire at the mine. With some practice it becomes pretty easy and you will hit the mines MUCH more often than firing at it straight on.

-Sniping enemies using guns w/o a scope: This really only works if your enemy is standing completely still, ie: sniping or camping in the distance. And this does not work on night time levels, because Zipper decided to give us night vision instead of the binoculars. This is for guns like the m14 and m60e3, where you have binoculars to look for people (instead of a scope & cross hairs) and can't shoot while zoomed in. All you have to do is zoom in twice (Up on the D-Pad) and look through your binoculars until you find someone. Then center your binoculars on their head/upper chest (sometimes their health & name will pop up, this is good). Proceed to zoom out once (Down on the D-Pad), and tap R1 a few times to get the kill. (don't hold it down or your bullets will fly everywhere)

-Kicking doors open: For some reason this does not work on all levels. When you see the green "Open Door" icon, hold x for longer than you normally would, and then release it. Your character will kick open the door, and stand at the opening with his gun pointed. (Levels it does work on: Guidance, Sandstorm.) (Levels it does not work on: Blizzard, Desert Glory, Fish Hook, Frostfire.) And this only works from the outside of the door, obviously. 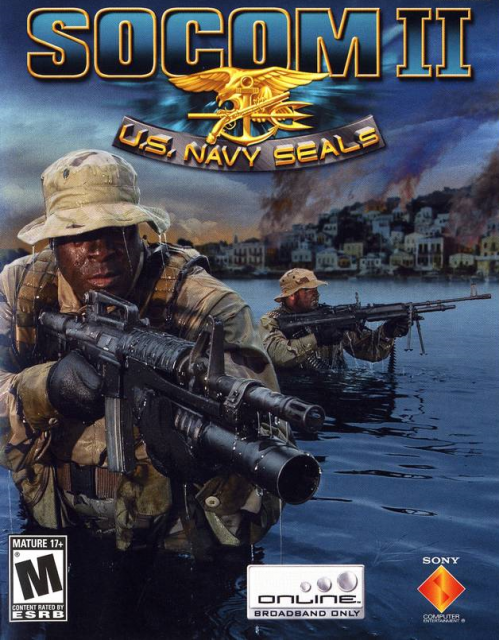