The Legend of Kage

Swing a blade and toss shuriken at enemies in this Arcade action game from Taito.

The Legend of Kage is a level-based Arcade action game that allows the player to jump up into the trees, swing a blade, and toss shuriken at opposing fighters. It was developed by Taito originally for the Arcades, but was soon released on various home systems as well.

As well as throwing shuriken and using his short blades, Kage can find various power-ups: There are orb-shaped power-ups that increase his health (which is indicated by the color of his tunic: Red means Kage can take a single hit and his initial status, green allows for two and yellow allows for three); a temporary boost to his shuriken throwing abilities that makes them spread out and a scroll which will instantly kill any ninja enemy that approaches while it is being read out, providing the player some easy kills. 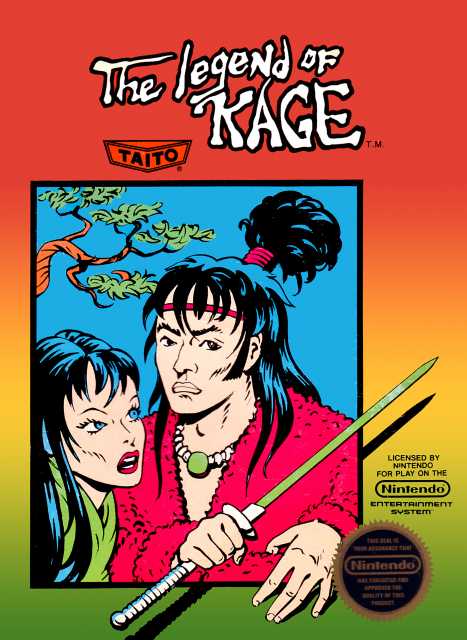