Maximo: Ghosts to Glory is a spiritual successor of Capcom's Ghosts N' Goblins series. It was the first of three games produced by the now-defunct Capcom Studio 8 for the PlayStation 2 in 2002. As a successor to the Ghosts N' Goblins legacy, the game is an action platformer designed to challenge players with a high degree of difficulty. The game also features some other touches taken from Ghosts N' Goblins, such as the fact that the protagonist Maximo's armor can be destroyed, forcing him to run around in nothing but a pair of boxer shorts.

The basic plot of the game centers around Maximo, a knight who returns home to find his kingdom in ruins. Additionally, his girlfriend has been married to an evil scoundrel named Achille, and the four sorceresses that govern the land have been imprisoned.

Ghosts to Glory contains twenty very challenging levels. It includes a ''death coin'' system, which was put in place to discourage players from dying too often. If a player is to lose all of their lives, they must give the relatively rare death coins to the Grim Reaper to earn a continue. However, the number of death coins required increases at every meeting with him, and not having enough death coins forces the player to restart from the last save point. Moreover, saves can only be earned by either beating the world boss or by being purchased at a high price of 100 coins. 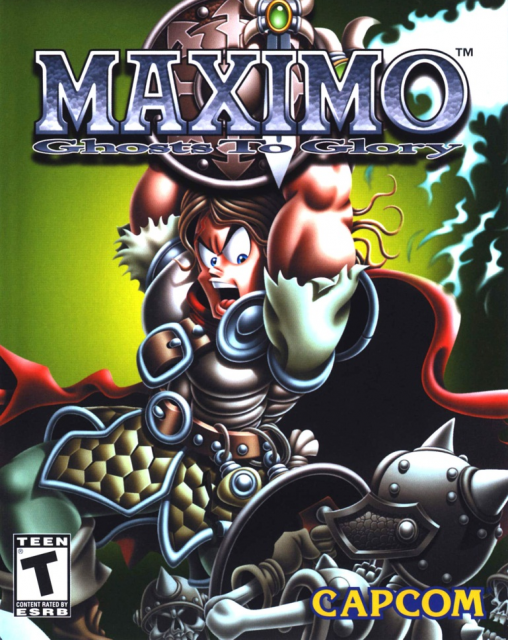