The Adventures of Maddog Williams in the Dungeons of Duridian

The Adventures of Maddog Williams is a graphic adventure game controlled by a text parser, available for older home computers like the Atari ST, Amiga and older PCs.

The player controls Maddog Williams, an adventurer, as he solves quests and explores the lands around him. The game is mostly controlled by text: Inputting commands instructs the main character how to act with the items and people around him.

There are some elements of an action game as well: Maddog can combat enemies in sword-fights, find and collect money to purchase certain items and gain "points", which are considered a high score based on successful actions and a mainstay of graphic/text adventure games of the time (such as the King's Quest games.)

Like many geographically large games in the floppy disc era, this game came on several discs which often needed to be swapped as Maddog crossed into new territory. It pre-dates the CD-ROM era by several years, so no CD version was ever made. 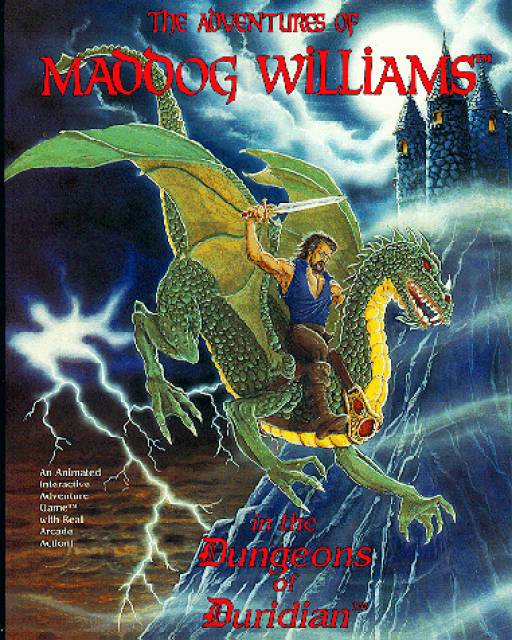