The Steel Empire rules the skies with an iron (steel) fist, and only the Resistance can bring them down in this horizontal shoot 'em up for the Sega Genesis.
Game Boy Advance

Steel Empire is a horizontal shoot 'em up first released on the Sega Genesis. The game takes place in a war-torn world, where flying aerial fortresses and zeppelin battleships control the skies and the world. A resistance is fighting to overthrow an evil military empire, known as the "Steel Empire". While invading enemy territory with a giant airship, the player takes control of two aerial fighters. They can pick between a small, compact fighter which is good for destroying land enemies, or a zeppelin fighter that is a big, easy, target but its massive fire power is good for fighting air enemies.

The gameplay is different than most shoot 'em ups. In Steel Empire, the player's ships have health meters, and the game has a level-up system where collecting experience icons increases a ship's firepower. There are also massive electro-bombs that do damage to everything on the screen. Each stage has a mid-boss battle and an end boss battle. The game contains lives and continues, but the amount available depends on the difficulty setting chosen.

Years later the classic shooter would get re-released for the Game Boy Advance, the Nintendo 3DS, and on Steam. 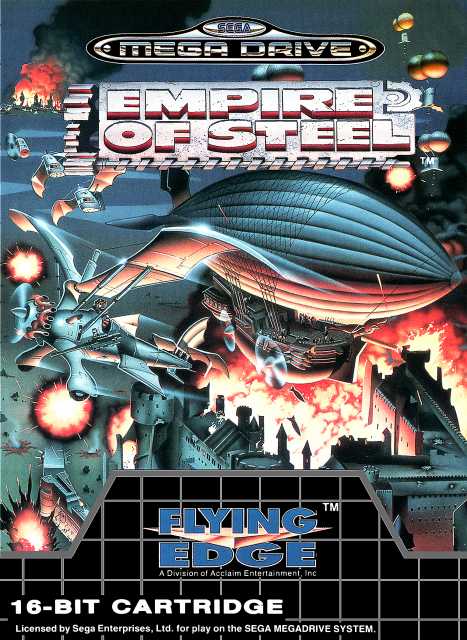