In this online-only game, you buy classic cars, customize their performance to your liking, and race them against opponents around the world. The game was plagued with technical issues and met its end in August 29th 2003.

Motor City Online is a spin-off of the Need For Speed franchise. It was an MMO of sorts. You created a Persona in a District of Detroit. Then you choose your character (driver model). You receive $10,000 to start with, so you can buy: '57 Chevy Nomad, '57 Chevy Bel Air, '57 Ford Fairlane, or '57 Ford Ranchero.
The actual racing in MCO was PvP based, but there were Time Trials and leaderboards to compete on.   While racing, the you leveled up, and gained a weekly salary that increased with each level.

Almost all the parts of the car could be changed. You could adjust the handling of the car with changes to tires, wheels, springs, shocks, and spoilers.  The engines could be build with a wide variety of parts.  The combination of block, cams, valves, carburetor, etc. created an engine with a specific horsepower and torque rating.  The Horsepower to Weight Ratio affected the power class of the car.  The cars were divided into Vintage, Classic, and Muscle classes.  Some races had restrictions based on vehicle and/or power class.

There were rare versions of cars available in auctions.  Some rare modifications included Chopped Top, Rare Paint Jobs, and Convertible, and on the '32 Ford Coupe, the bumpers and fenders could be removed.  Some rare parts were spawned on random cars.  These rare parts or modifications were not available to the player in normal shops.

Until the last few months, you could not find anything past the mid '70s in Motor City Online.  There were a couple of late model Imports on the Test Center servers, and near the end of game, they were drivable in sponsored races, but not available for purchase.

The game ran from October 29th, 2001 to August 29th, 2003. The game was a subscription based ($10/mo) game. However, when it shutdown, gamers were offered by EA a free copy of Ultima Online or The Sims Online for something to move onto.

Recently announced is  Need For Speed World Online, the next online-only racing game by EA. This follows the more traditional NFS franchise and can be considered the successor to what was Motor City Online.
Need for Speed World World of Warcraft: Cataclysm 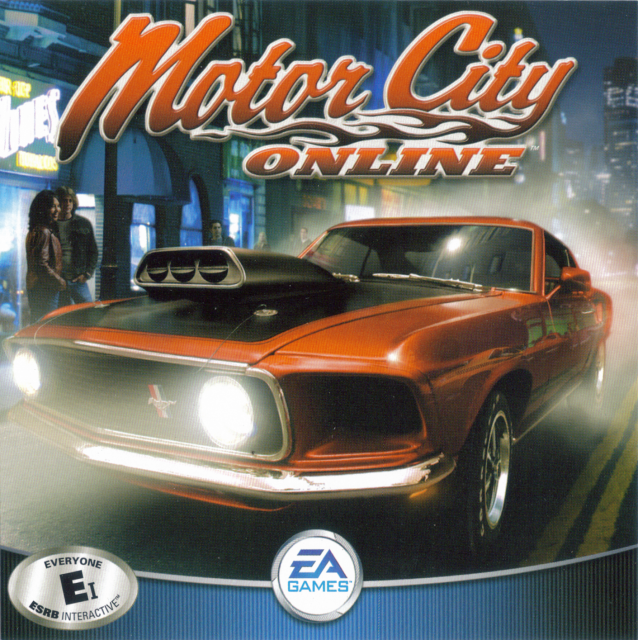