The X-Men must battle the Brotherhood of Evil Mutants and the Sentinels as they attempt to make the world a better place for Mutants and humans alike.
PlayStation 2

X-Men Legends is an isometric action RPG released in 2004, in the tradition of games such as Diablo and Gauntlet. In the game players pick a team of four X-men out of the 15 playable characters available, and then take to the field to start hacking, slashing, and solving various puzzles.

One of the unique selling points of the game is that there are several ways in which to solve each puzzle depending on which heroes are in the player's party of four. Each X-man has their own unique powers and abilities, which enable several different solutions to a single puzzle. For example, suppose there is a chasm the player needs to get across; one solution could be to have Ice Man build a frozen bridge for the team to cross; another would be to have Rogue fly across the gap while carrying a teammate.

Although players can take control of any of the 15 characters they wish during the missions, in between missions the story takes place from the perspective of Alison Crestemere (Magma). Alison is a mutant that can manipulate lava whose powers have only recently manifested. Alison relies on the X-Men to teach her how to control her new powers, and use them in the fight against evil.

The missions take place among a variety of different places. These include:

Between missions, the story takes place in the X-mansion where the character is free to roam while controlling the newest member of the X-men, Magma. A flashback mission (triggered from a dialogue tree while talking to Beast), takes place in the mansion. In this mission, the X-men are tasked with stopping the Juggernaut while he rips through the mansion while searching for Professor X (his step-brother). Additionally, there are a few instances where battles take place on the X-mansion's lawn and surrounding estate grounds.

There are a number of collectible items in the game. Sketches, comics, and Danger Room discs can all be found throughout the various missions. These can be viewed outside of the game in the main menu or accessed while in the X-mansion between missions. For instance, the sketches (which are essentially concept art) are viewable by going to Colossus' easel in his room. 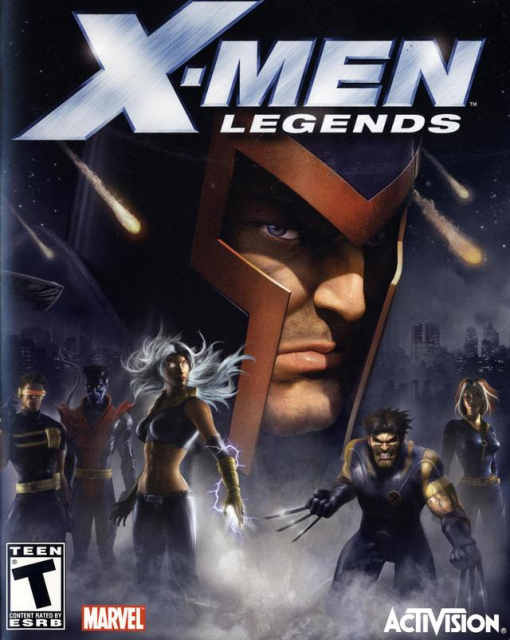