Originally developed as the SNES version of Mega Man 8, Mega Man & Bass became a series spin-off where players can play as either Mega Man or his rival, Bass (with his own unique play-style). Despite being exclusive for Japan, the GBA port was translated and released worldwide.
Game Boy Advance

Mega Man & Bass (known in Japan as Rockman & Forte) is a side-scrolling action platformer developed and published by Capcom for the Super Nintendo Entertainment System (exclusively for Japan) on April 24, 1998. It was later released worldwide as an accurate port to the Game Boy Advance for Japan (on August 10, 2002), North America (on March 12, 2003), and Europe (on March 21, 2003).

A spin-off of the classic Mega Man series, Mega Man & Bass was originally intended to be a SNES version of Mega Man 8 (sold to those who did not purchase the two 32-bit consoles at the time) before becoming its own original game (using most of the Mega Man 8 assets, with the internal name of "Rockman 8.5"). Along with an unlockable database detailing every character in the series (prior to the game), the game introduces a fully-playable version of Bass (not including the secret versus mode in Mega Man 7), complete with his own special abilities (such as performing a dash, a wide dash-jump, and a double jump) and firing mode (where he can fire in seven directions, but cannot move while firing).

Set in the year 20XX, the game takes place a year after the events of the game's predecessor (in which the humanoid robot hero Mega Man defeats the evil Dr. Wily for the eighth time). A mysterious robot, who calls himself "King", has stolen data on the Robot Masters from the Robot Museum to create a new army (with the intention of conquering the world) and commandeered Dr. Wily's new secret castle. Now it's up to Mega Man and his rival, Bass, to put their differences aside to defeat King's Robot Masters and stop his plan.

The game received its own sequel (exclusively for Japan), titled Rockman & Forte: Challenger From The Future, that was developed by Bandai for the WonderSwan on August 5, 1999. It features a new story (in which they face a new group of robots led by the mysterious Rockman Shadow).

Mega Man & Bass follows the same routine as the previous games. The level select screen is set up like a grind. Three Robot Masters are available from the start and can open up more levels once they are defeated.

Like Mega Man X4, this game allows the player to pick one of two characters with which to play through the entire game. For the first time for the series, Bass is a playable character. Bass differs from Mega Man in several ways, Bass has a double jump, can perform the dash by double tapping forward, can shoot multiple pellets automatically, and can aim his buster at multiple angles.

New to the series are "Data CDs," which are CDs that contain info about most of the characters of the Mega Man series. The CDs are hidden throughout the levels of the game; some CDs can only be found with Mega Man and others with Bass. The player can make two separate save files for each character to find all the CDs - When the player finishes a game, all of the CDs that were found can be carried over to another save file as a different character, and vice-versa with the first save file. The CD and its data are displayed in the CD Database that's hosted by Dr. Light.

Returning from Mega Man 7 & Mega Man 8 is the item shop with Auto returning as the shop keeper. The items can be purchase with blots that are dropped by every enemy from the levels of the game. Some items are exclusive to Mega Man and others for Bass. The items of the game are the following:

Weapon: Ice Wall - A frozen pillar of ice that can slide across the ground and bounce off the wall for a short time.

Bio - His ability is that he can generate ice walls by spraying out ice cold mist. He can trap his opponents by freezing them to the ground so they can be open for a attack. His other ability is he can summon out Cold Mist, a common enemy of the game, as a distraction for the player. Cold Mist is a little robotic sphere that's surrounded by a mist that forms a cloud.

Weapon: Wave Burner - A flame thrower, that can also be use as a blower underwater to moves spiked balls and burst bubbles.

Bio - Burner Man was created by King to destroy the environment. King manipulate Burner Man by telling if he doesn't destroy the forest daily, he will self-destruct.

He has several methods of attack, one being is he can drive down to the ground erupting flames around him, he can shoot out multiple bombs, and set traps on the ground.

Weapon: Remote Mine - Exploding mines that the player can control the direction when the mine is shout out.

Bio: Pirate Man was created by King to attack cargo vessels. He also enemies with Dive Man from Mega Man 4.

His attacks are little mines that explode and have the impact of the explosion remain for a few second. His main attack is were he encase himself in a giant bubble and bounce off the walls in hopes of hitting his target.

Weapon: Spread Drill - a giant drill that can convert into multiple tiny drills in mid-air.

Bio: He was created by King so he can excavate ruins. He also likes collecting treasure that he finds in the ruins.

Ground Man has the ability to drive into the ground and jump out as a surprise attack. He can transform into a combat vehicle with a drill on the front. His most powerful attack is digging into the ceiling and popping out as a giant drill.

Weapon: Tengu Blade - a blade that flashes out of thin air, and can be use while dashing.

Tengu Man uses the same attack moves that he used in from Mega Man 8. He throw the Tornado Hold weapon that traps the player and throwing the player off a platform.

Weapon: Magic Card - Razor sharp cards that can be use to grab items from hard to reach places.

Bio: Magic Man attacks is he can throw out playing cards and steal health away from the player.

Weapon: Copy Vision - the ability to summon out a copy of the player's character and fire pellets automatically.

Bio: Also returning from Mega Man 8, Astro Man is a robot who can use hypnosis and confusion.

Astro Man can create gaping holes on the ground and have Shururun jump out and attack the player. He can also make copies of himself and fire away at the player.

Weapon: Lightning Blot - lightning summon from the sky and destroy everything in site.

Bio: Used as a tour guide to give children a tour around power plant on school field trips. King gave him an internal power generator that can generate limitless amounts of energy. As if became powerful, he decided to join King's army.

Dynamo Man can launch walls of electricity and summons electric orbs around the player and launched towards him. He can also heal himself back when enough damage has been done to him. 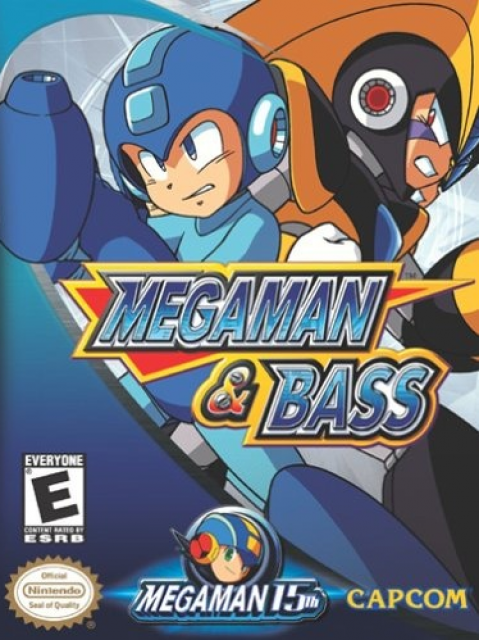