Atmospheric game in which a group of US soldiers has to be guided through the jungle of Vietnam back to their base. Lot's of confrontations with wild animals and hostile Vietcong soldiers.

The Lost Patrol puts the player in control of a squad of American soldiers who have crash landed in the jungles of Vietnam. Now, they have to make their way back to the base. The game is constituted of three core game elements. The first one is the overland map where the player will have to choose the path to take. Some of the options are safer than others but might take longer. Once the player has chosen, the game plays a handful of 'cutscenes' (consisting of very evocative stills). Finally, every now and then, the squad will be have to face a challenge which is played out in the form of a mini-game or arcade segment, such as shooting enemies hiding in the jungle etc. All the while, you have to keep an eye on your soldiers morale, health, food & water levels etc. and try not to loose them or make them go AWOL. The game lacked deep gameplay but made up for it with a haunting soundtrack (composed by German synth-band Kraftwerk) and gorgeous graphics for the time. 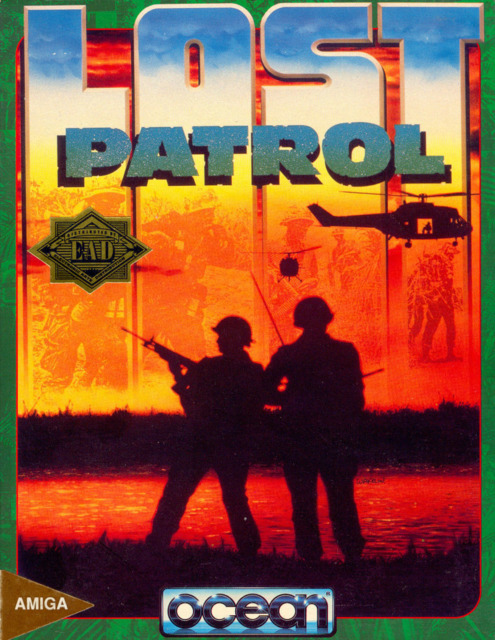