A year after the events of Phoenix Wright: Ace Attorney, Phoenix Wright is now a semi-famous defense attorney. With the return of his friend and assistant, Maya Fey, and the introduction of a new rival, follow Phoenix through four brand-new cases with the help of his friends, as well as a new way of gaining information during his investigations. Justice For All also has a heavier focus on the supernatural elements of the series than the first game did, with psychic abilities playing a major role in almost every case, and the psyche-lock system being entirely based around a supernatural concept, where Phoenix uses a Magatama given to him by Pearl.

Phoenix is asked to defend police officer Maggey Byrde in the murder of her boyfriend, Dustin Prince (get it?!) who had plummeted to his death. However, there's a problem: he can't remember who she--or even HE--is, as at the beginning of the case, Phoenix is knocked over the head with a fire extinguisher. This case then becomes a sort of "tutorial case", where Maggey tries to help you do everything in the place of Mia (who shows up partway through the case to drop off some evidence) by reminding about everything you can do- present evidence, the cross examination, etcetera.

It is revealed that the murderer was actually tied to a smuggling ring in town. The murderer, Duke Wellington, had lost his phone and, when he saw Dustin walking with Maggey, he thought that she had called the cops about the phone and, to protect himself, he pushed Dustin off a wall in the park. He then wrote Maggey's name in the ground with Dustin's finger (spelled incorrectly as Maggie) to frame her, and then phoned in his crime.

His undoing came from the fact that his glasses were found under Dustin's body, along with the large gap of time between his 'discovery' of the body and the time he called the police. In the end, Phoenix remembered that he still had Wellington's phone and then called his own. It rang in Wellington's pocket, proving it was him who hit Phoenix so that he could try to steal his phone back.

This case takes place before The Lost Turnabout. Phoenix meets Maya in her village, but is forced to defend her after the shooting of a doctor in the middle of a spirit channeling. And this time, he has to take on another member of the von Karma family--Franziska.

A world-famous magician, Max Galactica, is accused of murdering the ringmaster of the circus he works for. Things may not be as they first appear, as the grudges of an accident six months ago come to light.

In the middle of the Hero of Heroes Grand Prix, the winner (Matt Engarde) is accused of killing his rival, Juan Corrida. An old foe returns as the fate of Matt, as well as that of Maya, is put in Phoenix's hands in this thrilling final case.

The soundtrack for the game was composed by Masakazu Sugimori and Akemi Kimura on March 31, 2004 in a two disc format in Japan. 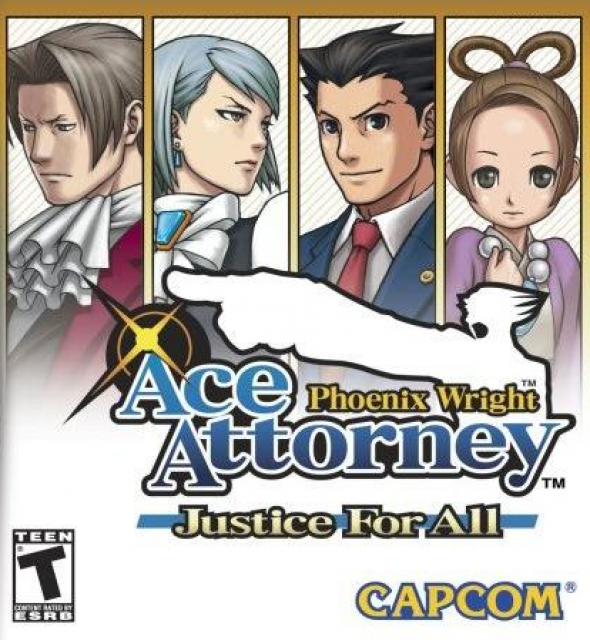