A sci-fi side-scrolling shoot-'em-up by SNK, drawing heavy inspiration fron the R-Type series with its use of a large satellite component guarding the ship.

Set in the futuristic 2920, Last Resort takes place in an era of space colonization. When a mysterious computer virus infects human's automated defense system, it's up to the pilots of two fighter ships (the TZ-024 and YS-024) to stop it.

The game draws heavy inspiration from the R-Type series, most notably the ability to control a satellite unit (called the "High-orbital Unit") that orbits around each player's ship (used to deflect shots, increase firepower, and be launched as a charged attack).

In the game, you pilot a ship in a side-scrolling stage, constantly shooting at the assailing enemies. Movement is controlled with a four-way joystick, with one button to shoot and launch the Unit, and another button to lock or release the Unit's orbit. The Unit is a satellite weapon similar to the Force in R-Type or the Option in Gradius. The Unit always moves and fires opposite the direction of the ship's movement; the second button on the controller can be used to stop its rotation in place, or to start it again. When the fire button is held down, releasing it will launch the Unit away from the ship. After launching away, the Unit quickly rejoins the ship. Playing with the balance of unit placement and weapon charging is a key strategy to defeating the enemies that appear from all angles, often surrounding the ship. Each stage culminates in a fight against a boss. 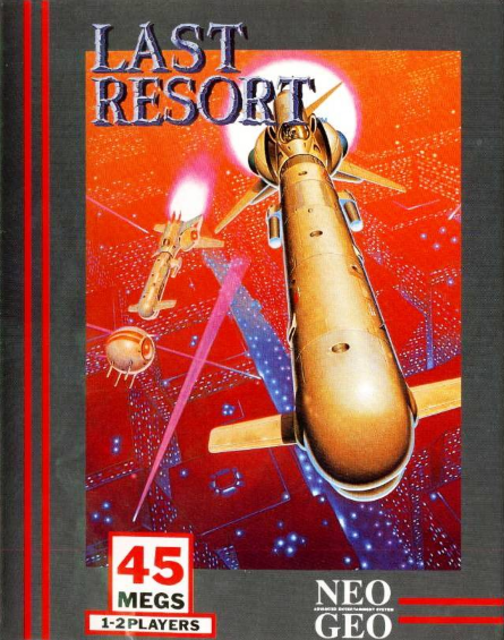