It is the first Unreal Tournament game to feature a full-fledged single-player campaign that incorporates storytelling. In this campaign, called "Ascension Rites", players control the Nahkti mercenary Anubis, who fights in the 523rd Ascension Rites tournament (a competition used to find a new emperor of the mystic Nahkti people, this time sponsored by the Liandri Mining Corporation) to prevent his former lover, Selket, from becoming Empress. (as she cares more about her sponsorship with Liandri than her people).

Along with the single-player campaign, the game includes the traditional tournament-style campaigns ("ladders") for individual characters (giving details about their unique backstories), as well as a difficult challenge mode and Xbox Live multiplayer for up to eight players (including split-screen multiplayer with two players per console). The game also includes references to and assets from Midway's Mortal Kombat franchise, including the concept of fatalities, the Mortal Kombat announcer, and Raiden as a secret unlockable character.

Gameplay wise, the biggest new feature, sadly lost in later Unreal Tournament titles, is the increased importance of melee combat. The melee combat is handled from a third person perspective, which is fine considering the camera always stays properly behind your character and there is also a lock-on feature, which allows you to target specific enemies. Also, if you’re being shot at while in third person you can also deflect shots away from you. The melee combat is heavily influenced by Mortal Kombat (of course due to Midway being the publisher). You can freeze or stun the enemy and perform a Coup De Grace, which is reminiscent of fatality moves. If you’re not particularly interested with melee combat, then you can just opt to play Unreal Championship 2 like a shooter, either in first person or third person perspective.

The game also features a challenge mode, which is interesting in particular as it pits you in difficult situations with all odds against you with unlockable characters and bots as rewards.

The online play supports up to eight players. There are a total of six modes, two of which are brand new to the Unreal series: Nali Slaughter and Overdose. There are a number of pacifistic Nali wandering the map in Nali Slaughter mode, and as the name suggests, the entire purpose is to murder more helpless Nali than the other players. Overdose sees the player carry a series of balls across a map without dying, and plays out much like a sports game. There are over forty multi-player maps available to play, all of which are available for online, split screen, and system link play.

Also unlike other games in the series, the choice of character in UC2 is far more than cosmetic; characters have different pistols, melee weapons, and Adrenaline abilities, and have different stats, such as Selket, who is fast but has low health, or Szalor, who is fairly slow but can take quite a pounding before finally going down.

A prince to an illustrious Nahkti family (whose ancestors include over a dozen emperors), Anubis was favored to win the previous Ascension Rites tournament ten years ago, only to leave prior to the competition in mysterious circumstances. After serving in the Desert Legion, he enters the 523rd Ascension Rites tournament (with help from his mentor, Sobek) to prevent his former suitor, Selket, from becoming empress.

There are both light and heavy attacks within the game, as well as the aforementioned Coup De Grace finishers.

Light attacks are a good way to chip away at an opponents health They are quick with little downtime, and the player can move while still performing them, thus making it possible to strafe around an opponent and look for an opening.There also is a strategy to using them. By consecutively hitting an opponent 4 times with a melee attack, it is possible to freeze them, thus leaving them vulnerable to more attacks or more importantly, a finishing move.

Unlike light attacks, the player cannot move while performing a heavy attack, but as the name implies, this move is very powerful. It is a good move to use after freezing someone as a quick way to deal a lot of damage.

Unreal Championship 2's form of fatalities (To the point where the announcer shouts FINISH HIM when you start one), Coup De Grace are button combinations unique to each player that finish off an opponent in style. An opponent needs to be frozen in order to be Coup De Grace'd, so it is not able to be overused.

Pickups replace those things normally expended during the course of play, and come in the form of Ammunition, Adrenaline, and Health.

Health:Nanosurgeon packs that work for biological, mechanical, and nanoblack competitors, and come in small and medium sizes.

Power ups provide special powers for a limited time, similar to an adrenaline ability. An ion will appear in the upper left corner of the H.U.D. with a meter that slowly drains.Super Health:Boosts the combatant's health to the maximum.

Super Adrenaline:Gives the combatant a full recharge of adrenaline.

* Note: Some adrenaline abilities will counter this effect.

Adrenaline can boost a players abilities to superhuman levels. The players current Adrenaline level appears as a series of blue bars in the upper left of the H.U.D., and depletes with use. Each player has six abilities, two of which are shared among all players (speed and nimble).

Concussion: Dazes and disorients your enemies.

Discharge: Creates a charge which arcs to a nearby foe.

Earthquake: Mangles your enemies with every step.

Ethereal: Enemies see you slightly out of position.

Flash: Blinds nearby enemies for a few precious moments.

Heal: Partially recover from your injuries.

Homing: Makes your projectiles home in on your target.

Predator: Boosts speed and damage for your blades and helps you spot enemies.

Sentinel: Launches allies that fire upon nearby enemies.

Smash: Pound the ground and people get hurt.

Stun Trap: Creates an electronic trap to sun an enemy.

Teleport: Instantly transports you across the arena.

Unstoppable: Makes you invulnerable, but you slowly lose health.

Vampire: Heal yourself by damaging enemies. 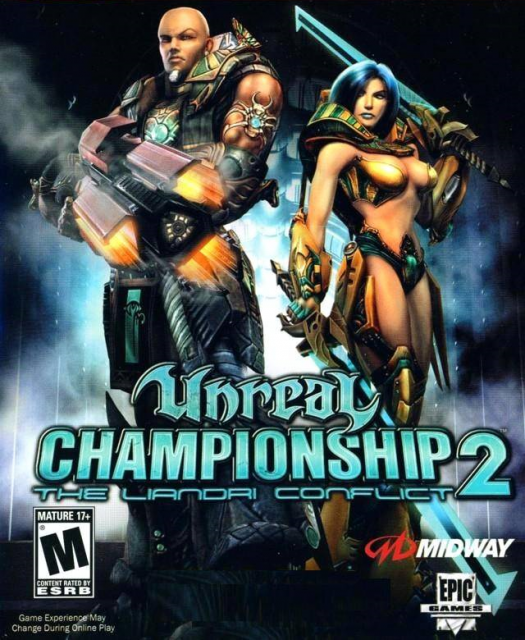