Medal of Honor Breakthrough is the second expansion pack for the game Medal Of Honor Allied Assault . This expansion can be played without owning the first expansion.

The campaign starts of in Kasserine,Tunisia on the 20th of February 1943, Baker and his men need to clear all the Machine gun placements along a road but they need to have an eye out for German landmines.

Next mission is in Bizerte,Tunisia on the 20th of April 1943, Baker needs to sneak into a German ship that contains secret documents to steal the documents and then blow the ship up.

Next mission is Sicily, Italy on the 10th of July 1943 the squads airplane gets shot down and your squad is spread over a large area, you need to localize your squad and survive all the enemy fire.

Next mission is Monte Cassino, Italy on the 12th on January 1944. You are going to invade axis establishments and try to rescue allied soldiers.

Next mission is Monte Battaglia, Italy on the 28th of September 1944, Your company needs to defend the mountaintop from axis forces and there is no reinforcements available.

All the games in the Allied Assault series are quite easy to mod so there are tons of weapon skins and custom maps available.

Liberation is a new game mode for Medal Of Honor™. The main goal with Liberation is to catch all the opponents into your Jail, when a player gets killed he is put into a jail and remains there until a team mate rescues him or they loose.

Players that play Medal Of Honor Allied Assault Spearhead can play against the players playing Breakthrough since there is not so much difference between the two titles multiplayer component. The liberation game mode were released in a patch to Spearhead so people could even play that game mode against each other. 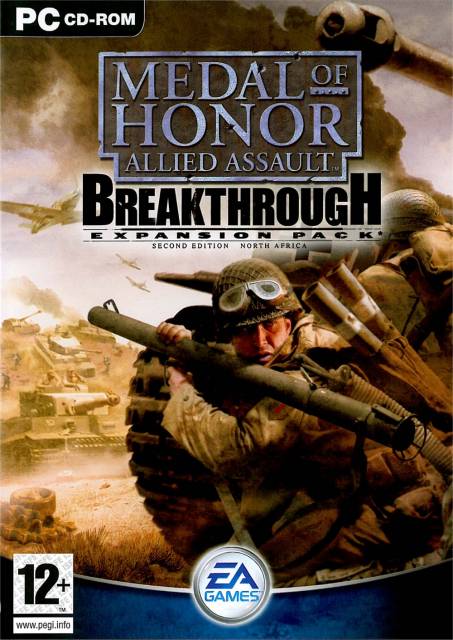