Fast multiplayer action set in the Half-Life 2 universe, complete with Half-Life 2's Source-based physics engine and a teamplay option that pits the human resistance versus the Combine forces. Toss a toilet at your friends today!

Half-life 2: Deathmatch is a 3D multiplayer first-person shooter developed and released by Valve for the PC (via Steam) on November 30, 2004. Set in the Half-Life 2 universe, the game uses many of the original game's assets and pits players together in simple deathmatch.

In addition, the game includes a themed "team deathmatch" variant based on the factions in the game's story (the Combine forces against the human resistance).

Most of the weapons from Half-Life 2 return in this game with the same functionality (including their respective alternate firing mechanisms). New to the series is a stun baton (the Stunstick) and a satchel charge (the S.L.A.M.). 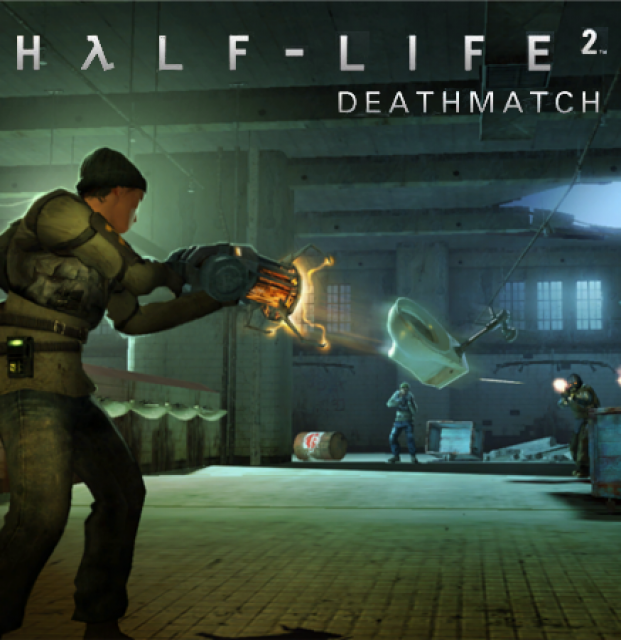