Far Cry is a first-person shooter PC game developed by Crytek Germany. Meet Jack Carver, who is having a rough day - they blew up his boat, they chased him into the jungle, and now they're shooting at him. Too bad they don't know Jack.
Xbox 360 Games Store PlayStation Network (PS3)

Far Cry is a first-person shooter PC game developed by German studio Crytek and distributed by Ubisoft. Released on March 23, 2004, the game has since sold over a million copies worldwide and spawned several console spin-offs and sequels. A sequel, Far Cry 2 was released in October of 2008, but it was not made by the Crytek team, and other than the name and the vague theme of an open-ended environment, it bears very little similarity with the original game. Crytek went on to make a spiritual successor to Far Cry with Crysis.

The plot revolves around a mad scientist named Krieger, who has commandeered several islands part of an archipelago in the Pacific Ocean, using his mercenary army to hide his illegal genetic research. When Jack Carver, the protagonist, is contracted by a reporter to get a closer look at the islands, Jack finds himself fighting for his life as his boat is blown up and he is shipwrecked on the island, surrounded by the jungle and the deadly mercenaries.

The gameplay was seen as very different at the time, showcasing high levels of interactivity with the environment, coupled with the (at the time) the smartest and toughest AI in video games. Enemies would realistically find cover when taking fire, use grenades, call for help and backup, and generally work together as a team, including using suppressive fire, and advancing towards the player using cover fire. There was also an alertness meter, which changed depending on the awareness of nearby enemies to the player, which could change by sight or sound. The open environment allowed the player to take several paths to get to their end objective; some levels were possible to beat by simply bypassing all the enemy camps and getting to the end objective undetected. Several vehicles were added in the game, such as gun boats, assault jeeps, dinghies, trucks, and even paragliders. Use of vehicles is not considered compulsory or even necessary; all levels can be completed on foot if the player so chooses.

There is a very limited selection of multiplayer modes, a total of three.

Free For All is a no team straight death match and whoever scores the most points wins the match.

Team Death Match is the same as FFA but the players are divided into teams and the team with the highest score wins the match.

Each of the classes has its own use and speciality. They also have their own set weaponry.

Has the most health and carries the biggest weapons. Used for assaults on outposts.

Best for taking out targets at long range. Perfect on jungle maps, especially when camping.

Builds barriers and other equipment as well as laying bombs on the enemy base. Can also carry medikits to heal wounded teammates. Also, the fastest of the classes.

Critically, it was mostly a success, and resulted in Far Cry being a sleeper hit of 2004. Most critics of the game agreed that the game's highs included the adaptive AI, the intensity of the firefights with the mercenaries, the open-level design and the creativity in allowing the player to create their own path.

Reviewers criticized the game's sometime high levels of difficulty, the at-times-omniscient AI quicks and the lack of a save-anywhere option. The resulting response from the critics and fans regarding the forced checkpoint system resulted in an unsupported and undocumented save feature being added by a patch. The console version of the game, Far Cry: Instincts, softened the AI somewhat and added the bonus of various superhuman abilities, explained in-game by having Jack Carver get injected with the supersoldier serum being developed on the island. Instincts is generally seen as the superior of the two versions. 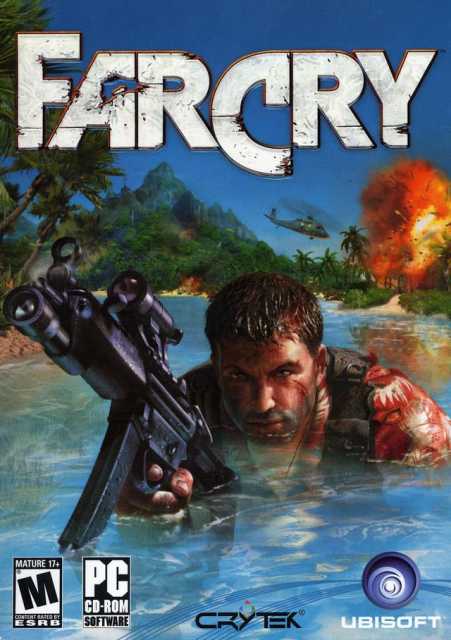