Another Delta Force game where you take on the role of a Special Forces soldier. New features such as the ability to save, the ability to pick up weapons and the weapon caches where you can stock up on ammo or change your loadout where added.

Land Warrior puts the player back in the elite U.S. Army Delta Force, tasked with the evaluation and elimination of a global terrorist threat, mostly focused around the Middle East. Players choose one of five operatives, each with their own weapons and skills specializations. The game features large outdoor environments in multiple locales, such as Egypt, Mexico, and the U.S. desert southwest.

Before each mission there is a briefing, giving the player information on what happened since the last mission, the locale, and a general idea of what he's going to be up against. Each mission has a recommended loadout, but the player can decide on their own loadout, including primary weapon, secondary weapon, sidearm, explosives, and accessory. The game heavily focuses on the now-cancelled XM-29 OICW, although the grenade launcher acts more like a traditonal grenade launcher than the airburst one intended for the XM-29.

The game is linear, proceeding from one map to the next. Each map is wide open and allows approach from multiple angles, but the objectives given are linear and for the most part must be done in order. The player may choose to rush in and attack with a heavily armed character, or he may instead decide to stay at a distance, picking off enemy bots with a sniper rifle. All combatants including the player are extremely fragile, almost to the point of simulation, but at the same time the player has regenerative health and may retreat from an unfavorable situation.

The artificial intelligence in the game is unpredictable and sometimes can "see" the player even through solid ground. Many cases of bot prescience or obliviousness may be found in this game. In some maps you may get an AI ally, but most of the time he acts as either a decoy or may bring unwanted attention, and often the only time that he's not critically injured is when he gets stuck in a safe place running against a wall.

Most players tend to focus on Land Warrior's multiplayer, and while numbers are declining, there is still a small following of multiplayer Land Warrior afficionados. Many of the typical game modes available in other multiplayer shooters are available in this game, and for its time the wide-open environments and player limit - 50 players when dial-up modems were common - made it an appealing choice for some.

The game came with a multiplayer map editor, although the original editor does not work on any operating system other than Windows 98. There are third-party and modified map editors from later Delta Force titles that allow editing of Land Warrior maps, however.

The main subjects of the single-player storyline are the Armed People's Front, a terrorist organization that objects to U.S. and NATO interference in Middle Eastern affairs, and its leader, Meinhard Kreider (also known as "Amun"), as well as New Dawn, a much larger terrorist group that believes that the U.S. and NATO are attempting to undermine the indigenous cultures of the world, and using the International Monetary Fund (IMF) and World Bank to undermine local governments, and its leader, Nikogos Fazekas. The campaign goes through approximately 20 missions in which the player finds evidence of the two organizations' activities, sabotages their operations, and uncovers a terrorist plot against the United States. 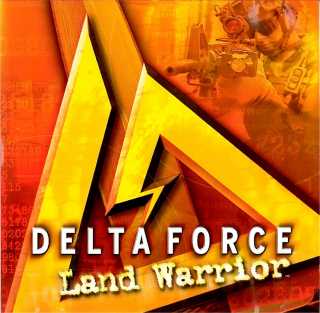