An accessible online first/third-person hero shooter, Outtrigger was released in the arcades in 1999 and released right with the Dreamcast's ultimate demise in 2001. The game featured a multiplayer mode that performed surprisingly well whether you were on broadband or dial-up. Produced by Sega AM2's Yu Suzuki, the game was the first hero shooter, featuring four unique characters with their own classes and abilities.

Outtrigger was released in the arcades in November 1999 and for the Dreamcast in July 2001, just months after support for the fledgling console had subsided. This didn't stop the game from garnering wide praise for its dynamic approach to console shooters. It would easily become one of the more approachable shooting games on the short-lived system. Its graphics were also praised as some of the best seen in the shooter genre up until then.

Produced by Sega AM2's Yu Suzuki, the game featured four unique characters with their own classes, making it the first hero shooter.

The game featured solid visuals as well as a multitude of game modes. The multiplayer was easily accessible for even dial-up users, and performed surprisingly well. Mouse and keyboard support was enabled from the onset, allowing veterans to take charge of the experience immediately. The online play allowed for up to six players total to engage in a number of arena-based competitions, both as teams and otherwise. The game allowed for both first-person and third-person viewpoints as well.

Upon beginning the game, you are given the choice of one of four characters. Each of these characters have preferences to certain weapon types, despite the somewhat small selection of firearms as compared to other titles. All four also have differing speed and jump abilities, adding a bit of unpredictability to the set up.

Soon after, you follow-up with a number of short training exercises that pertained to particular situations you would encounter later in the game. 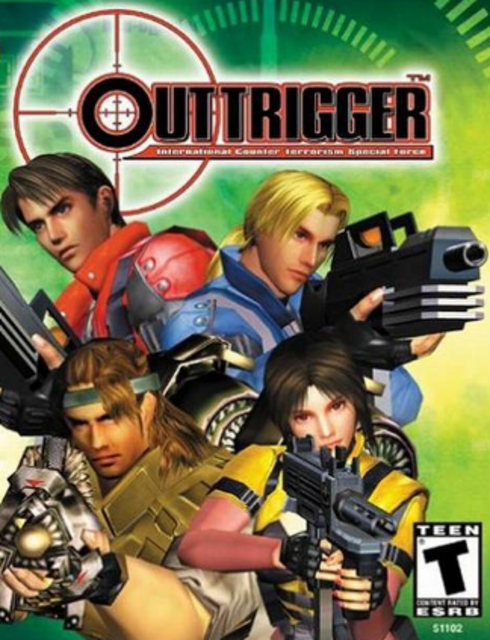