The core gameplay, while mostly similar to the original, differs from other light gun games of the the day in a few ways. It's main twist is that while you must move around in on-rails style environments with baddies popping out at you as usual, every time you stop for a shootout you are behind some sort of cover and must step on a steel pedal at the bottom of the arcade cabinet to pop out and return fire. This conversely exposes you to enemy bullets as well as environmental danger, but letting your foot off will put you back behind cover, protecting you from damage and also servicing as the game's reload function.

Many other things kept this game, and the others in the series, different by giving an overall feel of being an actual dude with a gun. These include the cover system, and your control over it. Your gun, which takes out most enemies in one to two shots, has no onscreen reticle, and uses physical kickback on the gun peripheral. (This has been in the whole series, and was first introduced in another Namco game, Point-Blank.)

The new co-op also keep itself unique. Instead of just having another person (or just your other hand) adding another gun to double the firepower onscreen, it has two cabinets that serve as the two separate characters' viewpoints. Each character sets himself up at separate cover positions, giving you a either a different angle of attack on the baddies ahead, having you take out enemies coming from behind, or going separate routes entirely. 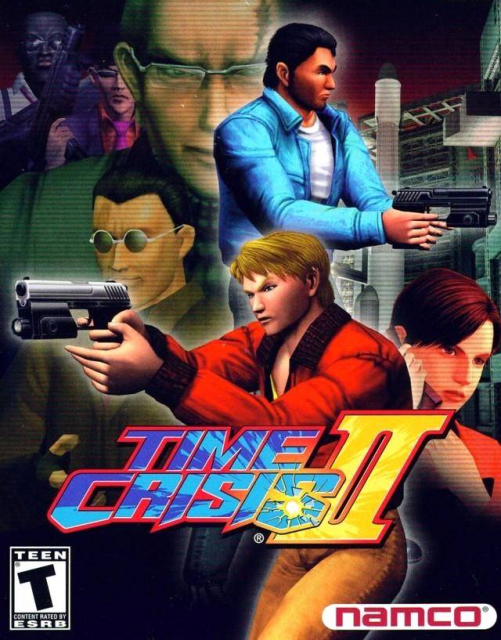