Tenchu 2: Birth of the Stealth Assassins

Tenchu 2: Birth of the Stealth Assassins is ninja themed stealth-action game released on the PlayStation in 2000. Tenchu 2 is a prequel to 1998's Tenchu: Stealth Assassins, also developed by Acquire. The creator the first game, Takuma Endo, returned as director, along with character designer Koushi Nakanishi and composer Noriyuki Asakura. A PlayStation 2 port was planned, but later cancelled.

Taking place before the original Tenchu for the Playstation, 3 ninja are tasked with protecting lord Gohda while a civil war rages on. Tatsumaru the oldest of the ninja students loses his memory after a fight that had taken both him and his opponent down from a cliff. Tatsumaru being able to remember nothing, joins up with the enemy and kills his former master. Rikimaru and Ayame the last two members of the Azuma Ninja clan decide to avenge their master's assassination. They manage to kill Tatsumaru, protect Lord Gohda and defeat their enemies.

Rikimau is a diligent, no nonsense ninja. Dedicated to the teaching of his master Shiunsai and serving Lord Gohda, he would give life for either in an instant. He is also somewhat overconfident, and has not yet learned to act from a state of pure selflessness, a trait that will cost him dearly in a duel with his former clan mate Tatsumaru.

Rikimaru fights with a single ninjato, in a traditional style. He excels at neither speed nor strength, preferring to be a more balanced warrior.

Ayame is a talented young kunoichi, but impatient, and has a bad attitude. She has a softside that is displayed only in the presence of Gohda's daughter Kiku, with whom she has a "big sister" type relationship. Kiku's mother, Lady Kei, seems suspiciously fond of Ayame. She is also unrequitedly in love with Tatsumaru.

Ayame fights with dual tanto, with agility and great speed. Her strikes are significantly weaker than her male clan mates.

Tatsumaru is the oldest of the group, and the Azuma field leader. Early in the story he is given the Izayoi and granted the rank of Azuma Grand Master by Shiunsai. Later after falling of a cliff into the ocean, he suffers from amnesia, falls in love with Kagami and becomes one of the four lords of the Burning Dawn. She orders him burn the Azuma village and kill his former master, which he does without hesitation.

Tatsumaru fights with a ninjato, in an unorthodox style holding the blade upside down and using powerful one handed strikes. He also constantly sheaths his blade to fight with martial arts. Many of his stealth kills show him killing enemies with his bare hands.

Tenchu 2's soundtrack never saw a release on compact disc, unlike the rest of the games in the main series. The soundtrack was eventually released on iTunes, on May 17, 2006.

The critical reaction to Tenchu 2 was mostly positive. 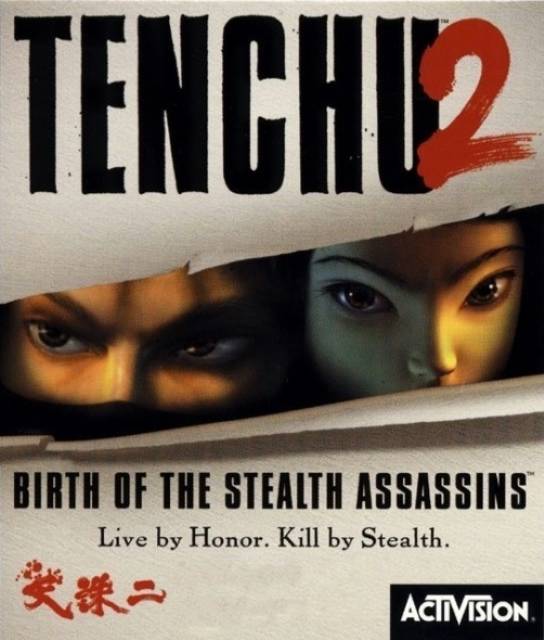