Published by EA and developed by Westwood Studios, Earth & Beyond is one of the first non-fantasy MMOs.

Earth & Beyond, originally launched by Westwood in 2002 (before being taken over by EA), was one of the first non-fantasy MMOs.

The game focused on three races: the Terrans, the Jenquai and the Progen. Each race had two classes to choose from. The Terrans had traders and enforcers (warriors), the intellectual Jenquai had explorers and defenders and the warlike Progen had warriors and sentinels (explorers).  The missing class for each race were rumored to be included in an expansion pack which was never released (due to EA pulling the plug on the game in September of 2004). 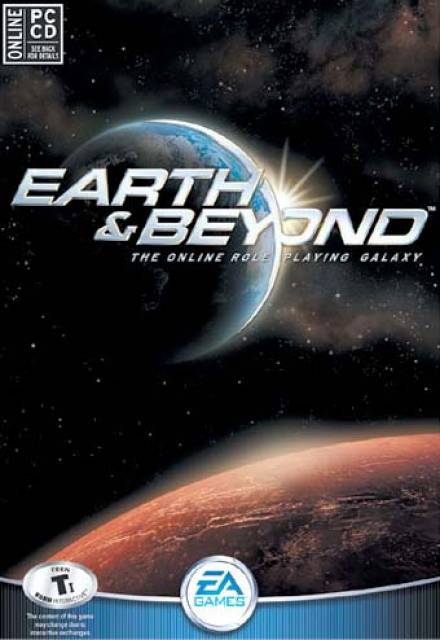