Ace Combat 4 is an arcade style combat flight game set in a fictional Earth-like universe in which a series of asteroid impacts have destabilized world politics and led to war between the nation of Erusea and the Independent State Allied Forces, or ISAF.
PlayStation 2

In 1999 a massive asteroid known as Ulysses 1994 XF-04 struck the continent of Usea. The impact killed half a million people and caused widespread destruction. In the aftermath, the country of Erusea saw an opportunity to catch its neighbors off guard and occupy much of the continent. Helping the Eruseans in their conquest was Stonehenge, a giant railgun system the Eruseans had developed to shoot down incoming asteroids. The Eruseans quickly realize that Stonehenge could be used in warfare to gain air superiority.

The game opens at the high point of the war for the Eruseans. The player takes on the ambiguous role of Mobius 1, a skilled fighter pilot of the Independent States Allied Forces, or ISAF. The ISAF finds itself pushed back to the extreme East Coast of Usea with most of its military might located on a small island known as Northpoint. Mobius 1 stops a bombing run against Northpoint, singlehandedly saving the remaining ISAF military. A counterattack is then launched that ultimately results on the liberation of the Usean continent. Mobius 1 is in large part responsible for many of the military victories, and as such is seen as a hero throughout the game.

A separate, parallel side story is told through narrated slide-shows between missions. These cutscenes tell the tale of a young boy who lived through the war, occupation, and subsequent liberation. At the beginning of the war, this young boy sees his parents killed when a jet fighter crashes into his house. The jet fighter was shot down by an Erusean pilot named Yellow 13. The boy goes to live with his uncle, a drunk who lives above a tavern. Following their city's occupation, Yellow 13 and his squad become stationed there and frequent the tavern that the boy lives above. The boy ultimately befriends Yellow 13 viewing him as somewhat of a father figure. At the end of the game, Mobius 1 shoots down Yellow 13 and the story in the cutscenes are revealed to be a letter from the boy to Mobius 1.

There are 18 singleplayer missions. Missions usually involve reaching a certain amount of points in a certain amount of time through destroying aircraft, ground vehicles, and facilities. Most missions have story specific unique targets which have to be destroyed in order for the level to be completed. Money is earned by completing missions, the more points one accrues during a mission, the more money they earn. There are 21 airplanes that a player can purchase; each plane has additional weapons and 2 paint schemes that can be bought. The weapons are available for purchase once the aircraft has been unlocked whereas the paint schemes need to be unlocked by getting an S rank on every mission, or by completing the game on different difficulties, and shooting down the aircraft's named ace pilot, who usually appear during missions depending on a player's performance.

There are two multiplayer modes in Ace Combat 4. The first mode is a 1 on 1 dogfight while the other mode has two players competing to score the most points. Multiplayer is limited to split-screen as there is no online multiplayer available. 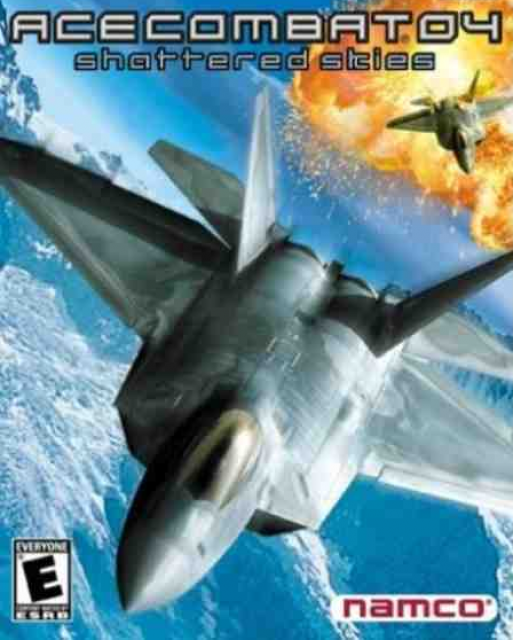