A Super Sentai parody action game released for Arcades, TurboGrafx-16, and Wii Shop. It later became a webcomic and webtoon.

Bravoman (JP: Chouzetsu Rinjin: Bravoman, or "Super Unequaled Human: Bravoman") is a scrolling brawler/platformer for the Arcade and TurboGrafx-16. The player is the eponymous Bravoman, a regular salaryman who becomes Super Sentai-inspired superhero with telescopic limbs thanks to friendly alien Alpha Man. Like Wonder Momo, the game replicates and satirizes tokusatsu tropes.

Bravoman was released in the Arcades in 1988 and on the PC Engine in 1990. It was localized for the US TurboGrafx-16 later the same year. The TG16 version of the game was added to the Wii's Virtual Console in 2007. Like a number of other retro Namco properties, the Bravoman license was briefly used for an online webcomic and webtoon by Namco subsidiary ShiftyLook. 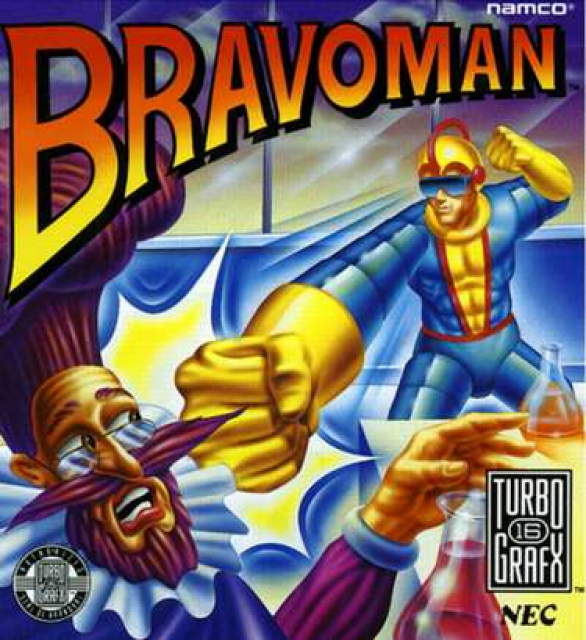