ESPN NBA Basketball (also known as NBA 2K4) is a realistic basketball game developed by Visual Concepts and published by Sega for the Xbox and PlayStation 2 on October 21, 2003. The fifth installment of the NBA 2K franchise, ESPN NBA Basketball covers a customizable 2003/2004 NBA season while continuing co-branding with the ESPN (Entertainment and Sports Programming Network).

The two main additions to the franchise in this game is the IsoMotion control system, where players can make their characters perform special manuevers (such as spins and fakes) by moving the right analog stick, and 24/7 Mode, which builds upon the traditional player creation mode by requiring players to win special street matches (ranging from matches with unique rules to 1-on-1 matches against legendary players) to build upon their character's default stats (earning new cosmetic items along the way). 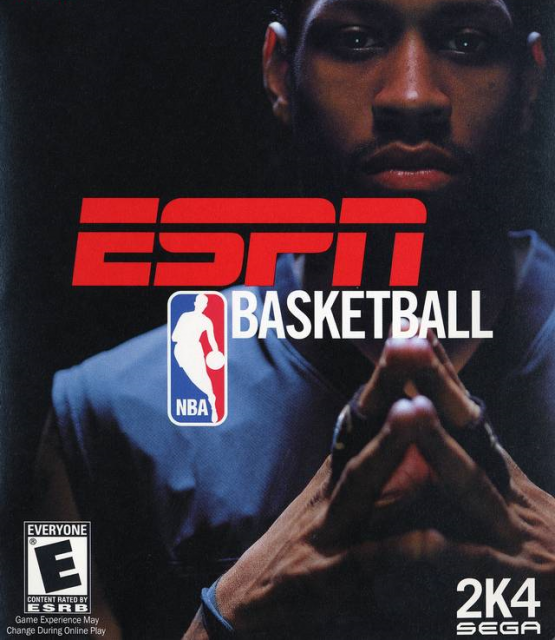