A Secret Service agent is thrust into a conspiracy and must stop a hostile alien civilization from taking over the U.S. government.

Hybrid Heaven is an Action RPG for the Nintendo 64.  The player assumes the role of Johnny Slater, a bodyguard of the current United States president.  Johnny must infiltrate an enormous underground installation beneath Manhattan to try to stop a hostile race of aliens from replacing key humans within the United States Government with synthetic "hybrids".  Along the way, Johnny must avoid or disable mechanical defense systems and fight strange creatures (referred to as "biological weapons").  As the player progresses through the game, Johnny becomes more proficient at fighting and "levels up" as with other RPGs. Despite a high level of hype due to the lack of RPGs on the N64, the game was met with lukewarm reviews and low sales in the wake of the release of Ocarina of Time.

During exploration, Hybrid Heaven plays similar to 3D adventure games, such as Tomb Raider - the player must navigate the installation by jumping, crawling, climbing, and pressing switches.  The player also possesses an electronic defuser, which can damage or disable robots, but has no effect on living creatures such as the biological weapons.  While exploring, the player may discover storage compartments containing items for use in battles.  There are also many enemies strolling around the complex which the player will often stumble into.  If the player is spotted by one of these creatures, it will begin to hustle towards the player to engage in combat.  If the player is able to get behind an enemy without being spotted, the player can gain a significant advantage in the ensuing combat.  Either way, once the player comes into close proximity with an enemy, the game shifts into combat mode with very different gameplay and controls.

When the player engages an enemy in combat, the gameplay becomes similar to a 3D fighting game with RPG elements.  The player may move around the room in two dimensions and execute hand-to-hand attacks against the enemy, while blocking or avoiding the enemy's retaliation.  However, unlike most fighting games, when one combatant wishes to attack, the action is paused while the combatant chooses which body part to attack with (R/L leg, R/L arm, torso, head) and which attack to execute.  The opponent is then notified of an incoming attack and must choose how to defend (dodge, block, counter).  The type of attack and the attacker's skill level versus the defender's chosen defense and skill level will determine the attack's success.  The frequency of attacks is limited by each combatant's power bar, which slowly fills until it reaches full strength.  If a combatant attacks before it is completely full, his attacks will less powerful, proportional to the bar's state.  Eventually, the player will gain the ability to let his power bar fill to multiple stages, essentially storing power for multiple attacks, which can be unleashed in the form of combos - the player can create strings of attacks which are very difficult to defend against if properly executed.  In this style, the game focuses on strategy and tactics rather than speed and reflexes.

A punch is made up of three components: the arm attacked with, the height of the attack, and the type of punch thrown.  For example, the "right mid hook" is a punch that attacks an enemy's midsection with the right hand in a sweeping motion from the side.  It is likely to strike the opponent's torso or left arm.  On the other hand, a "left upper punch" will throw a straight punch with the left hand, targeted at the opponent's head.  Punches are useful in close quarters and can stun an enemy if it receives enough blows to the head.

A kick is constructed similar to a punch: it has a side, a height, and a type of kick.  Kicks tend to be more powerful than punches but require precise placement or they will glance off, causing little damage.  In addition, kicks can be used to attack an enemy's legs, tripping him or possibly hampering his movement.  When an opponent is prone, kicks can be used as a ground attack to stomp on an enemy.

Techniques are wrestling moves that can be executed after the player grapples an enemy.  They can cause massive damage, but are dangerous to perform because the player must get in very close and attempt to grapple an enemy.  Even after being grappled, if the enemy's power bar is higher than the player's, it might be able reverse the attack and land its own technique.  A technique often uses the player's torso for the attack, as the player must lift or throw the enemy to the ground.  For example, the "lift up vertical drop" (more commonly known as a powerbomb) lifts the enemy into the air and slams him down onto his back, injuring the torso and possibly the head.  An exception to this is the headbutt, which uses the player's head to attack the enemy's head.  Against a prone enemy, techniques can be used to perform submission moves, such as a choke or arm bar.  Submission moves cause intense damage to the body part they target, but are difficult to perform because the enemy must stay down long enough for the player to execute the attack.

When attacked the player will be presented with options to defend, although the type of attack will not be displayed; hence the player must learn the strategy of his opponent to anticipate his attacks.  Against punches and kicks, the player may attempt to dodge, guard, or counter.  Dodging allows the player to move slightly in an attempt to get out of the way.  However, if the attack still lands, the player will take full damage.  Guarding almost always significantly reduces the damage and power of an attack that lands.  Countering causes the player to attempt to duck or sway out of the attack's range and follow up with a punch or kick that will always land.  Counters are difficult to perform but are extremely effective.

When a player is prone, he may only roll or counter.  Rolling functions similarly to dodging: the player attempts to move away from the attack's reach.  Countering allows the player to land his own attack and stand up, but does not always work properly.  Guarding is not possible while prone.

When a player is in a grapple, he may defend by taking the fall, escaping, or attempting a reversal.  Taking the fall functions like guarding: the player allows the enemy to perform the attack and focuses on reducing the damage.  Escaping causes the player to attempt to wrestle free of the enemy's grapple.  Finally, a reversal causes the player to attempt to turn the grapple into his own technique, but this only works against less skilled opponents.

When a powerful attack lands, it can cripple  the body part that was hit, causing the opponent to be temporarily hindered further.  An injured leg causes the combatant to move more slowly, while an injured arm makes it more difficult to guard.  An injured torso causes the combatant to recover stamina more slowly.  Finally, if the combatant suffers an injury to his head, he is knocked unconscious and the opponent is free to destroy him for several seconds.  In all cases, an injured body part cannot be used to execute attacks.  Injuries go away after a short amount of time.

As the player battles enemies, each body part will level up and become better at attacking and defending, depending on its frequency of use.  In addition, the player gains general statistics such as health, stamina, and reflexes.  Finally, the player has a chance to learn new attacks that were used against him at the end of each fight.  This is the only way to learn moves, so it is beneficial to allow an enemy to show off his moves in order to pick them up.

There are also many items that the player will gather over the course of the game.  These can be used to heal the player, enhance an attribute, or attack an enemy.  Also, defeated enemies drop items based on the rank a player receives at the end of the fight.
Tales of Symphonia Legend of Legaia Legaia 2: Duel Saga Final Fantasy VII Remake The Bouncer Kingdom of Paradise Anachronox Beat Down: Fists of Vengeance Shenmue III Naruto: Rise of a Ninja Akiba's Trip: Undead & Undressed 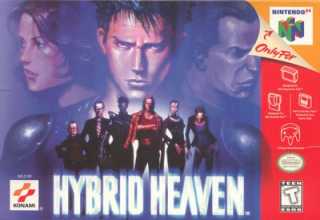