A standalone game in the Driver series set between two time periods, New York-based wheelman T.K. seeks revenge on those who framed him for murder.
PlayStation 2

Driver: Parallel Lines is the fourth game in the Driver series. It was developed by Reflections Interactive and published by Atari SA in March 2006 for PlayStation 2 and Xbox. The game was later published to the Wii and PC by Ubisoft in June 2007.

Unlike previous games in the series, Driver: Parallel Lines focuses on a new protagonist referred to as the Kid (abbreviated to T.K.) and the entire game takes place in New York City within two time periods - 1978 and 2006.

18 year-old TK (The Kid), through his friend Ray, is set up to work as a getaway driver for a small crime ring. The ring is composed of TK, Slink, Bishop, "The Mexican," Candy, and lead by a corrupt undercover detective named Corrigan. After kidnapping Rafael Martinez, a rival drug lord, Corrigan kills Martinez and then turns on TK, shooting him and leaving him to face the murder charge alone.

During his 28-year sentence at Sing-Sing prison, TK develops his plans to hunt down and kill everyone who betrayed him. He's released at 46 years-old and immediately kickstarts his revenge mission. Starting with the Mexican, who has since become an alcoholic and works at an arcade in Queens.

Driver: Parallel Lines features a licensed soundtrack consisting of over 70 songs - from both the 1970s and 2000s. The songs from 1978 Era also play in Driver '76. These songs only play when the player is in a vehicle:

* = This song was removed from the PC and Wii versions of the game. 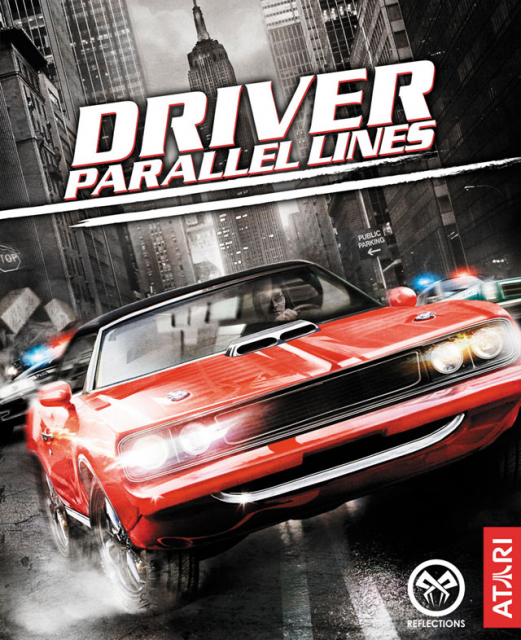