A PC-only release, "Castlevania and Contra: The Konami Collector's Series" is a compilation of classic NES titles. It contains Castlevania I, II, and III as well as Contra and Super C.

Castlevania:
The game tells the story of Simon Belmont, who is destined to kill Dracula. According to the game's mythology, Dracula is resurected every one-hundred years and (upon his resurrection) a member of the Belmont clan must arise to defeat him. The player, taking the role of Simon Belmont, must traverse through various levels within Dracula's castle: finding hidden secrets and defeating monstrous beasts along the way, until eventually arriving at the ultimate showdown. Using his trusty whip: Simon platforms across ledges, confronts both small (bats) and large (Frankenstein) enemies, and discovers the castle's hidden secrets within this side-scrolling action title.

Castlevania II Simon's Quest:
Taking place seven years after the original, the plot of Simon's Quest revolves around a curse placed upon Simon Belmont by Dracula during their original confrontation. The curse will soon cause Simon to die, unless he can resurrect Dracula and defeat him once more in battle. Thus, Simon sets out on a quest to find the five body parts of Dracula (which are spread out across five different mansions) and resurrect him for a second confrontation. The game retained the core side-scrolling, action gameplay of the original; though it did add many changes overall. First of all, the game no longer progressed in a linear fashion. Instead, players could travel to any area they wished as long as they collected all five body parts (in any order). Furthermore, numerous RPG elements were implemented. When enemies were defeated, they dropped hearts which had dual uses: both to purchase items from merchants and to level up (once a certain amount was collected). Players could also talk to NPCs who would offer clues (and occasionally lies!). There was also a Day/NIght cycle in the game. During the day, weaker enemies which dropped less hearts were fought. During the night, stronger enemies that dropped more hearts could be fought. These additions enhanced the experience of the original, but the core gameplay was still kept intact.

Castlevania III Dracula's Curse:
This time around, players no longer picked up the whip of Simon Belmont. They did pick up the Belmont family whip; however, this time, players took control of Trevor Belmont. During the year 1476, the church has exiled the Belmont clan from town (in fear of their powers). However, now that Dracula is amassing an army, the church reluctantly reinstates the Belmonts and gives them the task of putting the beast to rest. Trevor (alongside his companions) now heads off to fight. His allies include: Sylphia Belnades (a magic casting priestess), Grant DaNasty (a grizzly pirate capable of climbing walls), and Alucard (son of dracula, who can transform into a bat and shoot fireballs). The gameplay again retains the core side-scrolling action mechanic, however abolishes the RPG elements from the second installment. This time, the game returned to the linear level-by-level gameplay of the original; however, there were multiple paths which could be taken through the game. Furthermore, Trevor (the player) could now bring an ally with him into combat. Of the three allies (Sylphia, Grant, and Alucard), the player could bring one along and switch with them at will. The player, also, shared his health bar with his ally. The game had multiple endings depending on how the game was completed: alone, with Sylphia, with Grant, and with Alucard.

Contra:
Taking the control of either Mad Dog (Bill Rizer) or Scorpion (Lance Bean), players were commandos attempting to bring down the alien forces of Red Falcon. The aliens arrived on Earth fifty years ago on a comet falling from the sky and now the player must take them down. Near some Ancient Mayan ruins, the player embarked on this epic quest. Including both a single player and a two player co-op mode, the game gave players a simple rifle (with unlimited ammo, however)  to take down their foes. However, by gathering power-ups, the player could recieve stronger weapons. The game is considered to be immensely difficult and for good reason, hordes of enemies are constantly firing at the player and just one hit spells "Game Over." There were various level types within the game. The first was a side-scrolling/platforming level which involved many enemies and often tiny platforms upon which to stand. The second is similar to the first, however: it scrolls verically as opposed to horizontally. The third level (last, but not least) are the 3D levels. Not true 3D, of course, but 3D in the sense that the camera moves behind the player and creates the illusion that the player is moving in a 3D world (even though his only capable movement direction is forward).

Super C:
Taking place a year after the events of the original, Super C saw commandos Mad Dog and Scorpion returning to take on perhaps their most disturbing enemy yet: their fellow comrades. Alerted by General Hal, the commandos head off to investigate the problems of their fellow soldiers. Upon discovering the soldiers, Mad Dog and Scorpion realize that something is wrong. They soon find out that aliens have taken over their bodies and intend to get their revenge. Thus, it is up to our heroes to once again bring the alien menaces to justice. From a gameplay perspective, not much differed from the original. In general, the game was still an immensely difficult side-scrolling action shooter: full of dozens of enemies, weapon power-ups, and a co-op multiplayer mode to boot. The side-scrolling and vertical-scrolling levels were still intact, though they did now include the feature of raised land which provided advantageous shooting positions. The 3D levels were now absent, however; they were instead replaced by new overhead stages. These stages placed the camera directly over the character and looking down (as if the camera were placed on the ceiling), likely inspired by the sucess of the Commando series.
Mega Man 8 Metal Slug X: Super Vehicle - 001 Metal Slug: Super Vehicle - 001 Turrican Jurassic Park Part 2: The Chaos Continues Turrican II: The Final Fight Gunstar Heroes Rolling Thunder 2 Journey to Silius Ranger X Switchblade II NARC Jackal RoboCop Turrican 3 Rush'n Attack Metal Slug 3 Metal Slug 4 Metal Slug Anthology Metal Slug 6 Blowout Commando Steel Disaster Joe & Mac 2: Lost in the Tropics Metal Slug 7 B.O.B. Metal Slug 5 Metal Slug Metal Slug 2: Super Vehicle - 001/II Cyber-Lip Blip & Blop: Balls of Steel Sonic CD Lady Sia DuckTales 8 Eyes Werewolf: The Last Warrior Clockwork Knight Wonder Boy in Monster Land Black Tiger Keith Courage in Alpha Zones Magic Sword Sword Master Vampire: Master of Darkness Monster in My Pocket Valis II Mega Man Anniversary Collection 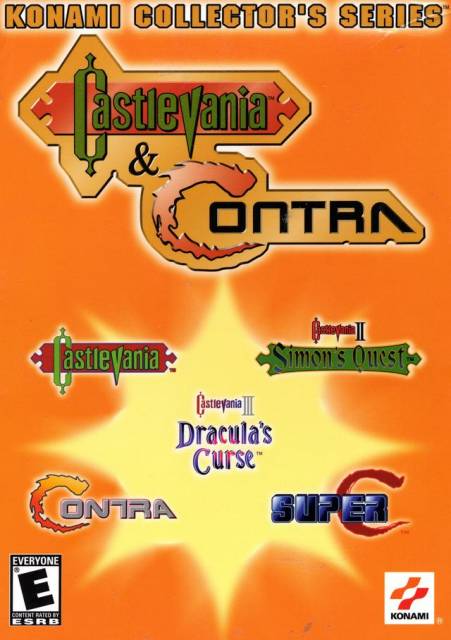