The 12th main installment of the tag-team martial arts series brings a new storyline (with a new central protagonist) and a brand new gameplay system (with freeform tag-teaming similar to the Marvel vs Capcom series). It is the last game in the series to originate on Neo Geo hardware.
PlayStation 2

The King of Fighters 2003 is a 2D tag-team fighting game developed and released by SNK Playmore for arcades (running Neo Geo MVS hardware) in December 18, 2003. It was later released for the Neo Geo AES on March 18, 2004.

The twelfth main installment of the King of Fighters series, King of Fighters 2003 breaks away from the series's traditional round-based style by having each match last a single round with unique freeform tag-team mechanics similar to the Marvel vs. Capcom series. It is the last game in the series to originate on Neo Geo hardware.

The game takes place after the fall of the NESTS syndicate in The King of Fighters 2001, and is the first of the series's third story arc (known as the "Ash Saga" based on the game's main protagonist). With a new King of Fighters martial arts tournament hosted by a mysterious benefactor (later revealed to be the children of the series' original antagonist), a new hidden agenda is in play relating not only to the story arc's new main protagonist (the mysterious Ash Crimson), but the seal of Orochi.

The game was later ported to both the PlayStation 2 in Japan (on October 28, 2004), North America (on February 8, 2005), and Europe (in April 2006, released by Ignition) and the Xbox in Japan (on August 25, 2005) and North America (on August 31, 2005). Both versions add optional 3D backgrounds, bonus game modes, and the ability to play as the boss characters. The North American version was bundled with the port of The King of Fighters 2002: Challenge to Ultimate Battle. The PS2 version was later digitally released for later PlayStation consoles (via PlayStation Network) in Japan on April 15, 2015.

The game's roster includes 32 playable characters (with 30 characters split into teams of three) from the start. It also includes five opponents (two of whom are playable with cheat codes in the base version). 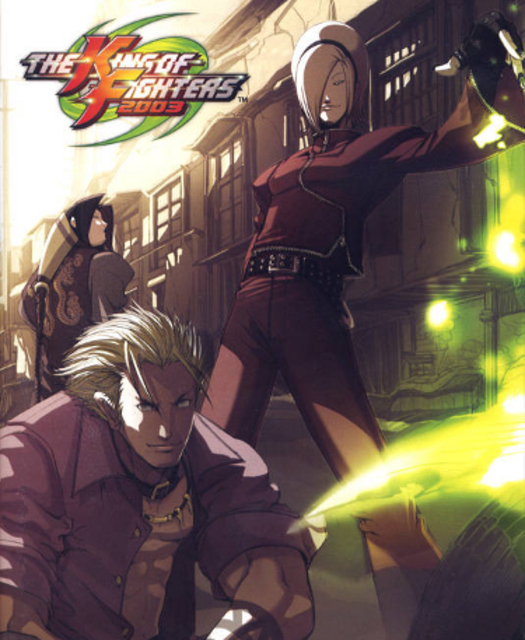