Omens of War is the eighth expansion for the popular MMORPG franchise, EverQuest.

Through the assistance of Norrath's greatest adventurers, the Wayfarers Brotherhood were able to discover the origin of the Muramite hordes that had overtaken the newfound continent of Taelosia (Gates of Discord). The Muramite leader, Mata Muram, is revealed to be a slave trader and conquerer of worlds. Using a planar creation known as the Riftseekers, Mata Muram is able to travel between realms spreading Discord, conquering races, and converting their best warriors into his own soldiers.

In a continuing effort to end the threat of Mata Muram and his legions of warriors, the Wayfarers Brotherhood makes a deal with the Priests of Discord to open a portal to the realm of Discord itself. The Wayfarers arrive in place called Kuua, a world long since conquered by the Muramites. The native people, a noble and peaceful race of draconian men and women called Dragorn, put up a respectable fight against the Muramites, but ultimately fell to insurmountable odds. Now, a full out assault on the Muramites is on, and the best Norrath has to offer are invited to join the Wayfarers in this quest.

The eighth expansion to EverQuest brought many changes and additions to the game. Highlights include:

Kuua has several similarities with Norrath. Just as life on Norrath originated from the touch of a dragon, the same happened on Kuua. The native people of this world, the Dragorn, worship a mighty dragon named Dranik. Before the Muramite invasion, Kuua was quite similar in appearance to Norrath as well. But when Mata Muram's forces invaded, a darkness fell across the land. Muram used the power of the Riftseekers to merge the realm of Discord with Kuua, claiming it as his own. The darkness worked as a poison, wreaking havoc and inflicting chaos among the world's inhabitants. The Dragorn fought against the invasion nobly, but it was a lost cause. Some of the Dragorn recognized this and accepted bribes to join the Muramites. Others were blackmailed or brainwashed. For this is Mata Muram's goal, gathering the best warriors from each world, eliminating the rest, then enslaving the regular citizens. The surviving Dragorn do not take kindly to yet another invading realm of people, but their trust can be earned by the slaughter of the Muramite legions.

Travel to Kuua is made possible by speaking to any Priest of Discord, who have been loitering in cities and towns across Norrath for centuries, preaching to any who would listen about the ways of chaos. All but one area in Kuua is immediately accessible. The lone exception is Anguish, the tower in which Mata Muram himself resides. Seven signets must be collected from across Kuua in order to earn entrance into the tower.

Anguish, the Fallen Castle, is located on the shores of northwest Kuua on a peninsula. It is within this dark tower that all the evil brought about by the Muramites emanates. Only those who complete the six trials from the Proving Grounds may enter the asylum. Once inside the menacing tower, adventurers are met by a series of five encounters that yield several sought after items including Globes of Discordant Energy, which are necessary for all class' new epic weapons. These encounters are against the most powerful generals in Mata Muram's army, and they represent the many races and worlds that the Muramites have conquered. Overlord Mata Muram waits in the highest chamber of Anguish. Defeating him will certainly be the most difficult encounter anyone from Norrath has ever faced.

The Bloodfields are where the Dragorn first battled the invading Muramite forces. Adventurers must pass through these ruins on their way from Dranik's Scar to the City of Dranik. Before the invasion, these fertile grounds were known as The Greenfields. Many classes have encounters that are required to complete their new epic weapon quests located within the Bloodfields. The Dranik Loyalists also have a sizable presence here, where they offer quests that yield armor unique to Kuua. The Bloodfields is also where the Ikaav ritualists first opened a portal to Norrath in order to invade Taelosia.

Catacombs of Dranik sprawl beneath the ruined city. Many secrets lie beneath surface of Dranik, and those who dare to enter the depths can take three different routes. Typically adventurers come down here in search of signets required to enter Anguish.

Dranik's Hollows is a series of three caverns that run below Dranik's Scar. In each of these tunnels is a shrewd dragon that carries a signet required for access to Anguish. To enter the hollows, one should speak to Grand Historian Gersh.

Dranik's Scar is where Norrathians arrive in Kuua when translocated by a Priest of Discord. The dense, and once peaceful, forest is popular for mid-season adventurers earning their ranks. The Dragorn who reside here are wary of the newcomers from Norrath, but their trust can be earned over time. The veteran travelers will often seek out Karsor the Mad, who accepts unique runes from Kuua in trade for powerful new spells.

Harbinger's Spire is a relatively small tower located in the northeast reaches of the Dranik's Scar forest. It is inhabited by various lower tier Muramite races; ones generally relegated to slave labor. These discordlings and girplans don't offer much of a challenge for those who completed the trials and battles encountered in Taelosia, but for those a bit younger, it can be a decent location to gain experience before heading deeper into the lands of Kuua.

Muramite Proving Grounds are a maze of hallways just north of the Wall of Slaughter. The endless halls contain various trials to test groups of six or entire guilds. Completing some of these trials is required to earn access to Anguish, while some will even permanently increase an adventurer's ability to resist magic of all types. The trials are offered by the projections of Arcana, Body, Mind, Power, Realms, and Tactics. Several adventurers have reported finding a signet for Anguish access here as well.

Nobles' Causeway is a road running from Dranink's Scar to the Wall of Slaughter. It is now watched closely by Muramites and traitorous Dragorns who have sided with them. Traveling this road alone would be quite unwise.

Riftseekers' Sanctum is located northeast of the Wall of Slaughter, and aside from Anguish itself, the sanctum is the most dangerous place on Kuua. Despite its dangers, it is easily the most beautiful site to see in all of Kuua. The glittering crystals and vibrant colors are unlike anything else in this world. The items found here will sufficiently gear up an adventurer before attempting an assault on Anguish. The ultimate targets here are King Gelaqua and Queen Pyrilonis. Another important resident is Taromani, a demoness that issues the quest to gather the signets necessary for Anguish access. Only the most experienced adventurers are even capable of entering the sanctum, but surviving it is a different thing all together

The Ruined City of Dranik was once the beautiful capital city of the Dragorn people before the Muramite invasion of Kuua. While much of the city has been destroyed, many remnants of its former glory can be seen. Amazingly, there is still a small force of Dragorn attempting to reclaim the city. Many adventurers make the trek to Dranik not to site see, but for encounters found here required to complete their epic weapon quests. One of the signets for Anguish access can also be found within the city. Two of the Muramite's commanding officers, Zun'Muram Volklana and Battlemaster Rhorius, can be found here as well.

Sewers of Dranik lie beneath the ruined city and are infested with vile creatures. No one in their right mind would wade into the waste-filled tunnels, but there are three signets required for Anguish access that can be found in the muck.

Wall of Slaughter is the site of countless battles and endless bloodshed. Hundreds of Dragorns lost their lives here during the Muramite invasion. About all that remains here is a massive wall eternally afire that divides the region in half. Although the war has long since been won by the Muramites, many battles still rage on. Many classes have epic encounters located in this region. 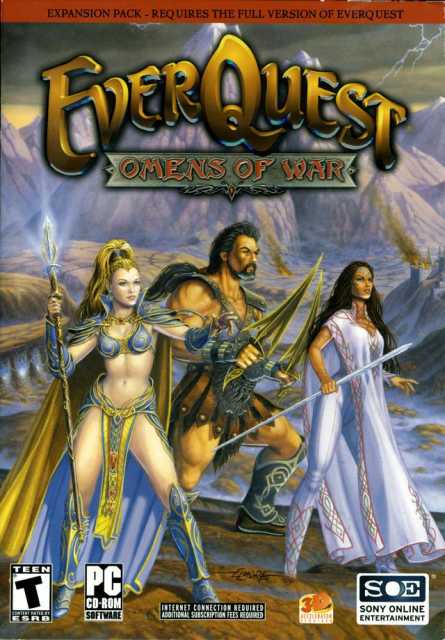