A 3D fighting game from the studio behind Virtual On, putting players in control of a weapon-clad gang leader as they fight to determine the strongest gang in Tokyo.

Last Bronx (known in Japan as Last Bronx: Tokyo Bangaichi) is a 3D weapon-based fighting game developed by Sega-AM3 and released by Sega for arcades (using their Sega Model 2 hardware) in May 1996.

Based on Sega-AM2's Virtua Fighter and Fighting Vipers series, Last Bronx is a three-button fighting game set in an alternate version of the modern Japanese prefecture of Tokyo, where gang warfare is rampant. Players choose from eight gang leaders as they fight in an underground tournament to determine who would rule the streets of Tokyo.

It was later ported to the Sega Saturn in 1997, and then for the PC in 1998. Both ports have special features, such as a new game modes (including a new Story Mode) and online multiplayer (PC only). The game later received a Japanese-exclusive port for the PlayStation 2 (as part of the SEGA AGES 2500 series) on June 29, 2006, adding its own variety of special game modes.

The game includes eight playable characters (each of which lead a specific gang in a specific region of Tokyo) and one final boss (who is only playable with a cheat code). 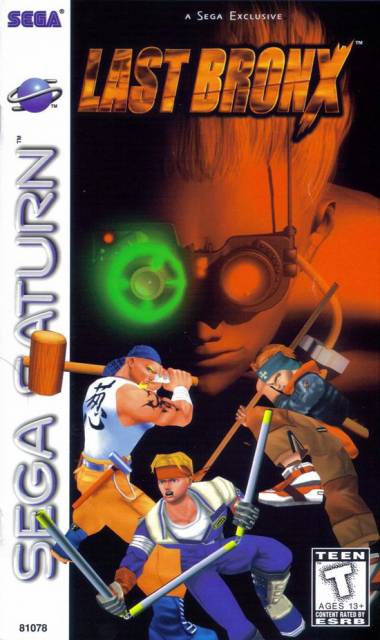