Ikari III: The Rescue is the third installment of the Ikari Warriors series, which were popular commando style top-down view shooters from the 1980s.

The most notable difference between the Ikari Warriors games and others that were like them was the use of a rotary joystick, that allowed players to walk in one direction and fire in another. Ikari III: The Rescue was a bit of a departure from the previous two games, because there was almost no shooting involved. This game plays mostly like a top-down view version of a beat-em up arcade game. There are, however, a few moments when it becomes a shooter.

The story for the Arcade version goes as follows: The child of a presidential candidate is kidnapped by terrorists. The two best soldiers have been asked to take this matter into their own hands. 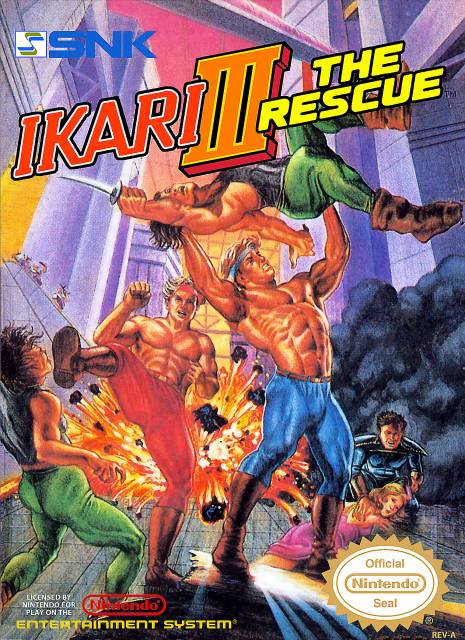