Malice, a goddess with help from The Metal Guardian, must stop the Dog God from destroying her world and the Universe. Armed with a giant club, she must find eight logic keys to track the Dog God down.
PlayStation 2

Malice is perhaps best known for its long development cycle. It was shown by Microsoft prior to the launch of the first Xbox possibly in hopes of developing a Mario killer for the system. Around this time it was announced that Gwen Stefani would be voicing the titular character. Eventually, Microsoft dropped the title and it was picked up by a third party now for both the PS2 and Xbox. Around this time Stefani also dropped out of the project. The game was finally released in 2004, three years after being first shown, to generally negative reviews.

A goddess named Malice fights a powerful god named the dog god, malice ends up losing her head literally and the dog god destroys the planet they are on. Malice then meets death who tells her that goddesses aren't allowed in the underworld so he brings her back to life. Malice then meets up with a friend named metal guardian who also happens to be a living clock that knows and sees all, malice asks him if he can find the dog god so she can defeat him. the only problem is that he can't see where the dog god is unless he has 8 keys called logic keys. Malice goes on an adventure to find the 8 logic keys so she can defeat the dog god and stop him from destroying any other planets. 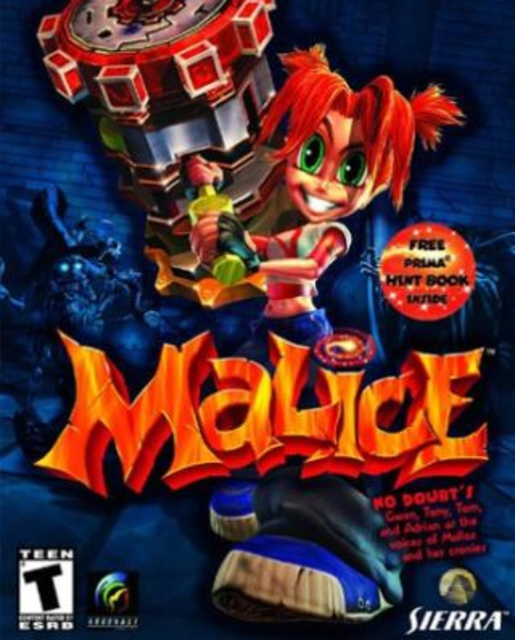