The King of Fighters: Maximum Impact

The long-running King of Fighters series is brought to 3D for the first time, featuring a mix of new and classic characters as they battle in a tournament in modern-day Southtown.
PlayStation 2

KOF: Maximum Impact (also known as The King of Fighters: Maximum Impact) is a 3D fighting game developed by Noise Factory and published by SNK Playmore for the PlayStation 2 in Japan (on August 12, 2004), North America (on October 12, 2004), and Europe (by Ignition on July 2005).

The first in a 3D spin-off series of the King of Fighters series of fighting games, Maximum Impact is the first in the series to be presented in full polygonal 3D, with players having the ability to use inward and outward side steps/rolls to move beyond the 2D plane. Unlike most games in the series (the exception being handheld spin-offs), Maximum Impact was not originally released in arcades and does not feature a team-based story mode. It is also known for character designs by Japanese artist Falcoon.

The game's story is set in Southtown during a gang war between the Addes and Mephistopheles gangs. The main protagonists are two twin brothers (Alba and Soiree Meira) who enters a martial arts tournament after their adoptive father (the leader of Addis, known as "Fate") was killed by the leader of Mephistopheles (a tyrant known as "Duke"). 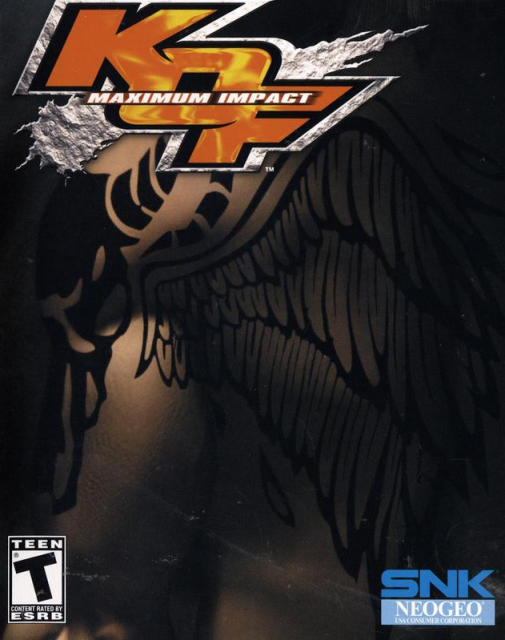