An original puzzle platformer from Konami, never released outside of Japan.

Moai Kun is a single screen puzzle platformer developed and published by Konami for the Famicom, only released in Japan. The game features as its protagonist a walking stone head named Moai-kun that needs to rescue all his friends that are scattered throughout the stages and reach a door before the timer runs out. Moai-kun can use his head(!) to break blocks and defeat enemies and on some stages he'll find bombs that he can pick up and use to destroy blocks that are beneath him.

The objective of every stage is to rescue all the little guys that are standing around looking flustered before the timer runs out. They are rescued them by running over to their location and touching them. When all of the guys have been rescued Moai-kun can exit the stage by reaching the big iron door. Since the stages are designed with a single solution in mind (although with some room for improvisation) it can be quite easy to become stuck in a stage, leaving the player with no other way out than to commit suicide by pressing the Select button. 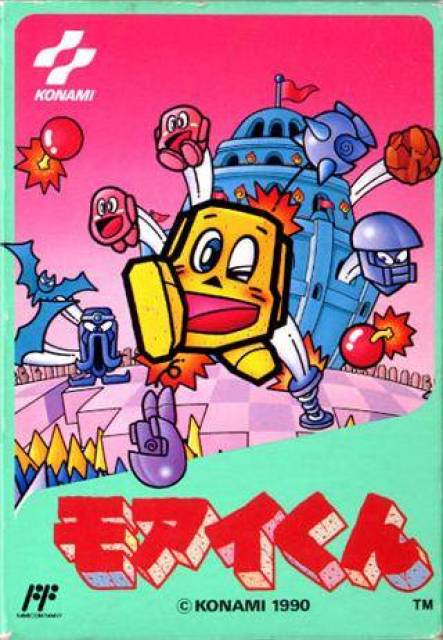