Ys: The Ark of Napishtim

Ys: The Ark of Napishtim is the sixth installment in Nihon Falcom's Ys franchise and was originally developed for the PC on September 27, 2003. Ys protagonist Adol Christin is once again stranded on a mysterious island after setting off on a journey into the Great Vortex of Canaan.

Later on, Konami ported Ys VI to the PlayStation 2 which was published first in North America on February 22, 2005 followed by another release for the PlayStation Portable in 2006. Over a decade after its initial release, the original PC version of Ys VI was published in English by XSEED Games in 2015 which featured a new translation.

Adol Christin: A red-hair adventurer, not surprisingly known as Adol the Red. He's traveling with his close friend Dogi when he finds himself on a pirate ship, heading towards the Great Vortex of Canaan, which is found on the edge of the great ocean.

Olha: A Rehdan priestess with long ears and an animal-like furry tail. She is responsible for guiding her tribe, and ends up healing Adol after he is swallowed up by the Great Vortex.

Terra: Member of a pirate gang from Xandia, as well as the daughter of the pirate Ladoc.

Geis: A mercenary that wields a huge halberd. Adol and him cross paths many times during Ys: The Ark of Napishtim.

The only weapons in this Ys game (other than the starting sword...which breaks) are three Emelas swords, all of which are important to the game's story: 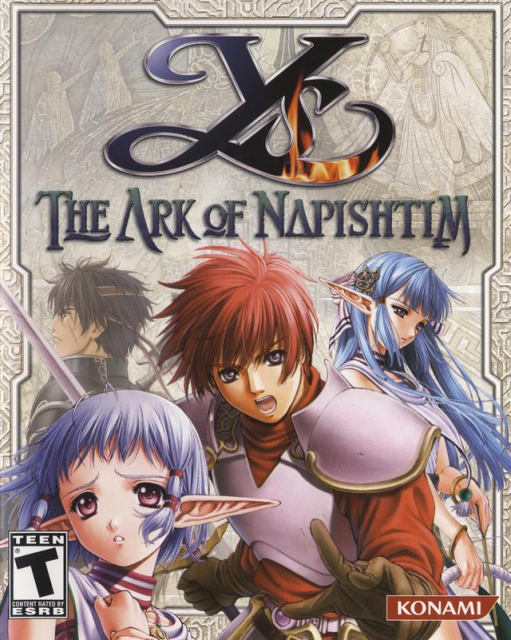