You play as Roman from the rebel group, the Lionhearts, trying to take down the evil King Forge.

Armed and Dangerous takes place in a small, fictional country called Milola which is under the tyrannical rule of the evil King Forge. The game centers around a band of thieves and the only militant resistance to the King, a group called the Lionhearts by the people for their bravery. The group is led by a career criminal named Roman, his childhood friend Jonesy, one of the King's tea-obsessed robot bodyguards-gone-rogue named Q, and Roman's adopted father, Rexus.

The eventual goal of the game is to 'pull off the ultimate heist' and recover the Book of Rule, an ancient artifact with the power to destroy the King's empire.

Roman is the game's playable character. Raised in poverty and having to scrape by any way he can, Roman is the sort of man that anyone would want by their side when the bullets start flying. He is clever, courageous, and cocky; A master thief and extremely skilled with many weapons...on the outside he appears to believe that the King's iron grip on the world is insurmountable, it's a dog eat dog world, but inside he really has a glowing heart and would do anything for his mates.

Jonesy is an anthropomorphic mole who happens to be Roman's oldest friend, He's an explosive expert and loves nothing more than a good old-fashioned bomb, as he tends to identify with anything that blows up when messed with. Jonesy's a rather irritable moleman and is short of stature and patience. His homeland was destroyed by King Forge, He cares about nothing and nobody except for Roman and Q; as they're all he has in the world. First and foremost he believes the Lionhearts should look out for themselves and make off with the loot, wherever the loot may be.

Originally one of the King's elite robotic guards, Q became painfully self aware during a tea experiment, and found himself attempting a conversation with a conveyor belt. He tried to convince the other robots to leave with him, but they were programmed to ignore everyone except King Forge's officers. Q was charged and sent to prison, marked for the scrap heap. Where Roman and Jonesy found him, Roman was the first fellow to ever treat Q like a person and so they became good friends. Q has taken upon himself the duty of being Roman's servant, often making him tea and being fiercely protective of him. Q is a vain, well-spoken, and debonair robot... although he never, ever refers to himself as a robot. He is more refined than the other Lionhearts, and tends to have his own level of humour.

Rexus was once a world-famous seer, but a certain head trauma he received 31 years ago has made his ability to remember his past a bit foggy. Actually, he can't remember anything. Over the years he has degenerated into blindness, madness, and smelliness. He is universally hated for losing the Book of Rule, and so moved to Bergog Wasteland to escape persecution. Rexus is ancient, filthy, smells like a cesspit, and is constantly followed by a cloud of flies, which he refers to as "his only friends". Although blind, Rexus has a powerful sixth sense, although he thinks it's due to the huge glass eyes he sometimes stuffs into his sockets. 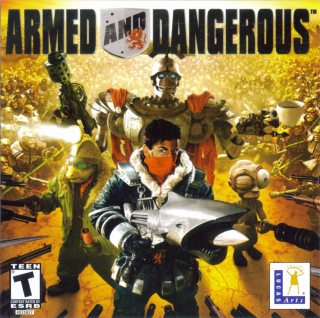