Total Annihilation: Kingdoms, often abbreviated to TA:K, was released by Cavedog Entertainment in 1999 as a fantasy-themed follow-up to their critcially acclaimed Sci-Fi RTS, Total Annihilation. Though it shares the name and some elements of gameplay, TA:K has few other connections to the first game in the franchise.

Total Annihilation: Kingdoms is set in the world of Darien. Rich in mana, or magical energy, Darien is ruled by four sibling monarchs: King Elsin of Aramon, Queen Kirenna of Veruna, Thirsha of Zhon and King Lokken of Taros. These demi-god monarchs begin to fight over the land after their godly father, Garacaius, disappears without a trace.

The four kingdoms of Darien each correspond to a different elemental and thematic motif. Aramon is a kingdom of stone and rock, with many fortified buildings and a mastery of gunpowder. Veruna is a decidedly maritime kingdom, with a strong navy and heavy coastal presence. Zhon has very little in common with any established kingdom, as its realm is a wild and untamed region of jungles and ruins, with a heavy emphasis on the element of air. Finally, Taros is a kingdom of fire and ash, with a dark, magic-using populace.

The story is told from a third-party perspective in a style akin to a history documentary, providing the story of a battle through a cutscene and then giving players command of an army fighting in the battle. There is a single campaign, during which all four sides are represented and playable.

The gameplay of Total Annihilation: Kingdoms borrows heavily from its predecessor, with a heavy emphasis on grand strategy and economy management. The economy is somewhat simplified from Total Annihilation, with the first game's two-resource economy cut down to a one-resource economy. Players only have to find mana and place lodestones on mana points in order to add to their resource income.

TA:K garnered praise for having a wide variety between the factions. Whereas the factions in Total Annihliation had roughly the same types of units, the factions in Kingdoms each have their own, unique armies with very few elements shared between factions. Aramon has a strong defensive emphasis, with a variety of artillery units and fortifications. Veruna has the best navy out of all the factions, but has fairly average land forces. Zhon has a powerful air force and no permanent structures besides lodestones and a single defensive structure, giving the kingdom the best mobility out of any army. Taros has strong magic users with an array of special abilities that require proper micromanagement in order to be used effectively.

The concept of the "Commander" unit from Total Annihilation was expanded upon in Total Annihilation: Kingdoms. Each kingdom is commanded by their respective monarch, which builds structures and also has different special abilities that the player can use. For example, Thirsha of Zhon does not travel on the ground like the other monarchs, but rather flies with the aid of her wings, giving her the most mobility out of any commander in the game. 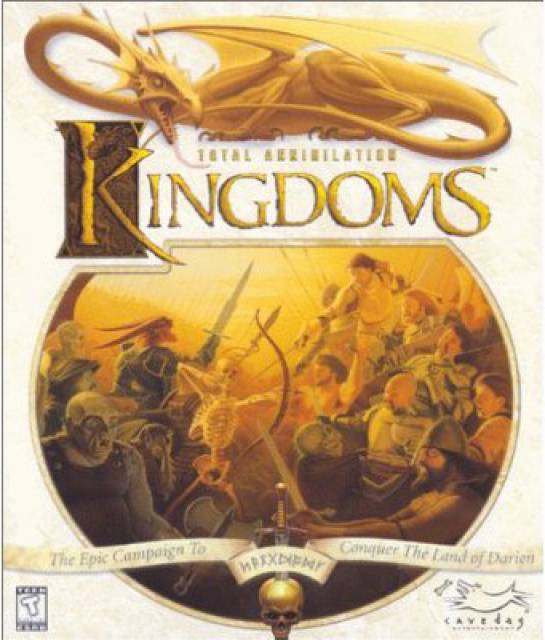