The sequel to Irem's signature arcade shoot-'em-up, adding a variety of new weaponry to help take on the Bydo forces.

R-Type II (not to be confused with a PC Engine split version of the original R-Type) is a sci-fi side-scrolling shoot-'em-up developed and released by Irem for arcades in Japan on December 1989, with a worldwide release in 1990.

The sequel to the 1987 shoot-'em-up R-Type, R-Type II puts players in an upgraded version of the R-9 (known as the "R-9 Kai", or "R-9C") as they further take on the alien Bydo Empire. New additions include an updated Beam-Wave Cannon (which can be over-charged for a barrage of shots), two new laser types for the Force companion unit, and multiple missile types.

The game was used as the base for the Super Nintendo Entertainment System game Super R-Type, received a handheld release for the Game Boy in 1992, and received European ports for both the Amiga and Atari ST (both developed by Arc Developments and published by Activision) in 1991. It was coupled with the original game in the 1999 Sony PlayStation compilation R-Types and received an enhanced port (along with a port of the original game) in the 2009 compilation R-Type Dimensions.

New to the game is the Beam-Wave-Scattering Cannon, an upgrade to the original ship's Beam-Wave Cannon. Normally, it functions identical to the original cannon, as shots can be charged-up by holding down the Shot button and released to fire a larger shot that is more powerful than the standard shot and over-penetrates enemies.

Holding down the Shot button while the Beam gauge is flashing for a short time causes the gauge to reset down to the normal filled level, requiring them to over-charge it again. This forces players to time their shots correctly.

The original game's Force mechanic makes a return, where by collecting a Laser Crystal dropped by certain enemies, the player's ship can summon an indestructible biomechanical companion known as a "Force".

Like the original game, it has two modes of use depending on whether or not it is attached directly to the ship. Regardless, it absorbs most smaller projectiles and can damage enemies by colliding with them, and can fire in-conjunction with the player's rate-of-fire (but cannot charge-up shots). Players can upgrade the Force twice by collecting additional Laser Crystals.

While attached, an upgraded Force can fire unique weaponry based on the color of the last Laser Crystal collected. Otherwise, when detached, it fires basic shots in a configuration based on its upgrade level. Blue, Red, and Yellow weapons return from the previous game, while Green and Gray weapons are new to the series.

Like the original, players can acquire special power-up items for their ship by destroying a special type of enemy known as the "POW Armor", then collecting the item they leave behind. All items are lost once the player's ship is destroyed. 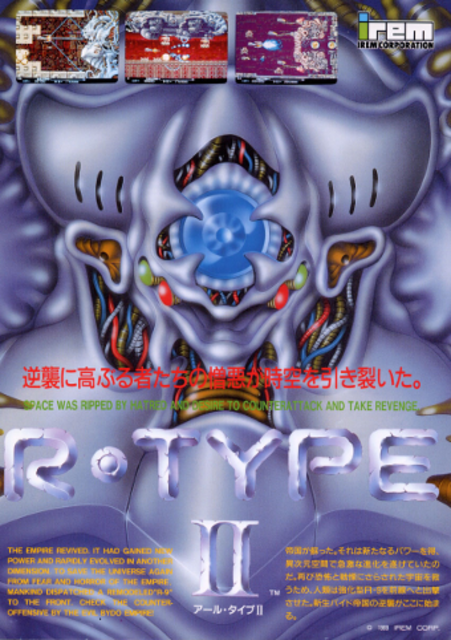