Kane & Lynch: Dead Men is a third-person shooter, released November 3, 2007. The game centers around two convicts, Adam "Kane" Marcus and James Seth Lynch, and their struggle against a mercenary group named The7. The game has a sixteen mission campaign which supports two-person local split-screen cooperative play, and online multiplayer for up to eight players.

The game's story centers mainly around two convicts, Kane, a former mercenary, and Lynch, a man whose psychotic rages are held in check only by prescription drugs. On the way to their execution, Kane and Lynch are broken out of a prison van by The7, Kane's old mercenary group. There is a catch, however: The7, believing Kane betrayed them, want Kane to get them their money back, and threaten to kill his wife and daughter, Jenny, if he does not comply.

Kane embarks on the mission first with only Lynch, robbing a bank where the money was supposed to be held. Finding nothing, a seething Kane books flights to Tokyo to find a Mr. Retomoto who Kane believes has the money. During negotiations, Lynch, with no more medication, goes berserk, killing Retomoto's daughter. Retomoto is infuriated, and Kane and Lynch flee the country. Without Retomoto's share, the two only recover half of the money in the end, and The7 attempt to kill them when they attempt to explain.

After escaping, the two visit a maximum security prison to break out some old friends, Thapa, Shelly, and Rific. Kane and company then go after The7 for Jenny and revenge; but first, they head to Tokyo, killing Mr. Retomoto for his money. The men track The7 to Havana, Cuba, where the ring is involved in a civil war for profit. Joining the opposing side of the war, Kane and company fight to the center of the city, where they learn that The7 have already fled to a remote wilderness base.

Upon arrival, Kane finds Jenny, who is taken into a nearby town held by The7. After killing Jenny's captors, Kane and company attempt to secure the airstrip for their escape, but the planes are blown up and the group overwhelmed, and Kane is left with two choices: take the two-person helicopter with his wounded daughter and desert even Lynch, or flee to the nearby docks with both and leave the rest of the team behind.

Kane & Lynch's multiplayer component is known as Fragile Alliance, a semi-competitive, semi-cooperative game mode. Up to eight players are tasked with stealing as much money as possible from a bank or other institution and getting to the extraction point, where they wait for a van or chopper.

The twist is that at any time, anyone can turn on the rest of the group in an attempt to take all of the money for themselves. Doing so will label the player as a traitor, and the one who takes him down will be rewarded. When a player is killed (by AI enemies or a traitor), they respawn as a police officer, who must now attempt to kill the remaining thieves.

Role In The Creation of Giant Bomb

Kane & Lynch: Dead Men is what some consider to be the whole reason why Giant Bomb exists. On November 28th, 2007, then-Editorial Director Jeff Gerstmann was let go from GameSpot due to reasons that could not be disclosed at the time. It was around when Kane & Lynch was near to its launch date and its publisher, Eidos Interactive, was heavily advertising the game on GameSpot. After its release, Gerstmann gave Kane & Lynch a 6.0 rating and criticized its flawed character design and poor dialogue. This created speculation from fans that Eidos was very unhappy with the review and that CNET (GameSpot's parent company) responded to the pressure by firing Gerstmann.

This created an uproar amongst the gaming community with gamers deliberately giving Kane & Lynch a very low score on GameSpot as a sign of protest. After Gerstmann's dismissal, Vinny Caravella, Ryan Davis, Brad Shoemaker and Alex Navarro left the company as well. Together, GiantBomb was created and the rest is history.

On March 15, 2012, the day GiantBomb was acquired by CBS Interactive - current owner of GameSpot. The term was that the acquisition can only be made if Gerstmann was allowed to reveal to the public for the first time the cause of the infamous dismissal in 2007, to which CBS agreed. An archive of the stream can be found here. 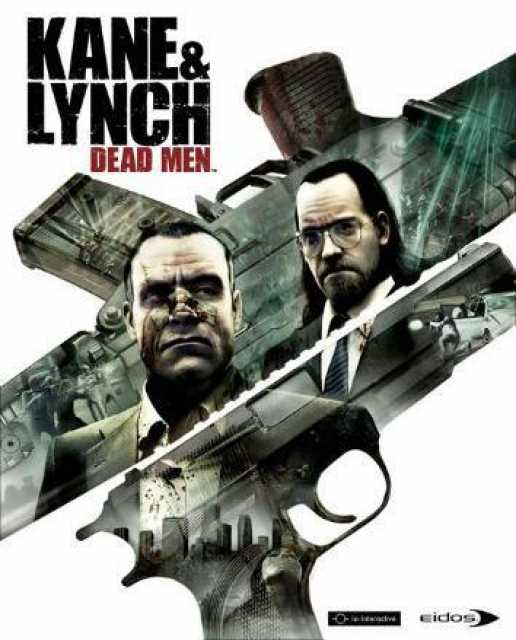